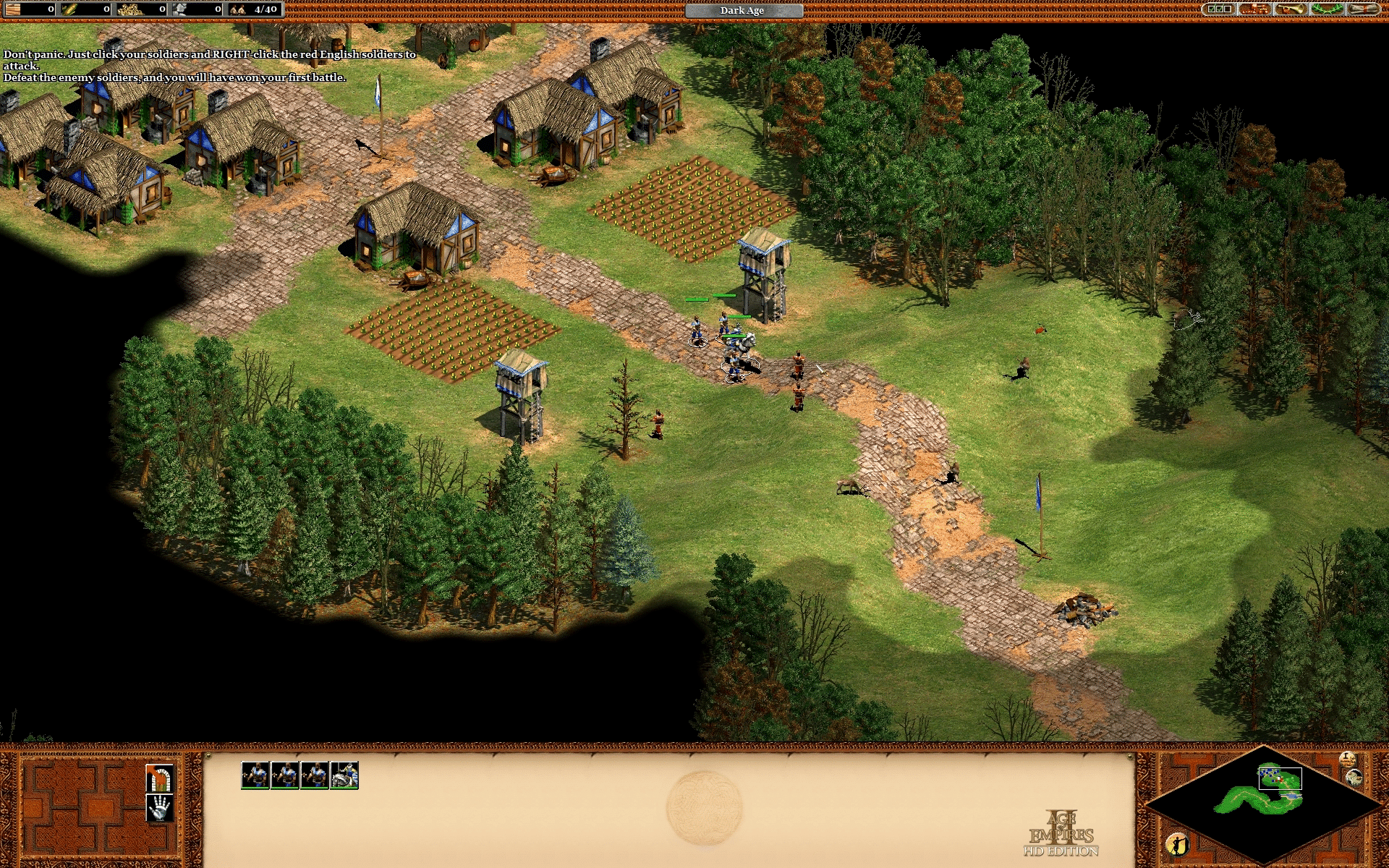 Mission 1 of the William Wallace Campaign in Age of Empires II: HD Age of Kings is a very simple mission, introducing basic movement, the fog of war and control commands. You’ll be tasked with moving your lone warrior to each subsequent flag, eventually receiving a couple extra Militiamen and a Light Cavalry. Next up is crossing a small river to attack an outpost before reaching a small town which is given to you. Finally you’re asked to defend the town from three enemy Militia that attack. They’ll pretty much ignore your soldiers and go straight for the buildings, making it extra easy on you.

Easter Egg: If you use the cheats “Marco” and “Polo” to uncover the map, you’ll find the letters “ES” drawn on the map near the right corner in an are you cannot normally access. The initials likely stand for the studio who developed AoE, Ensemble Studios.