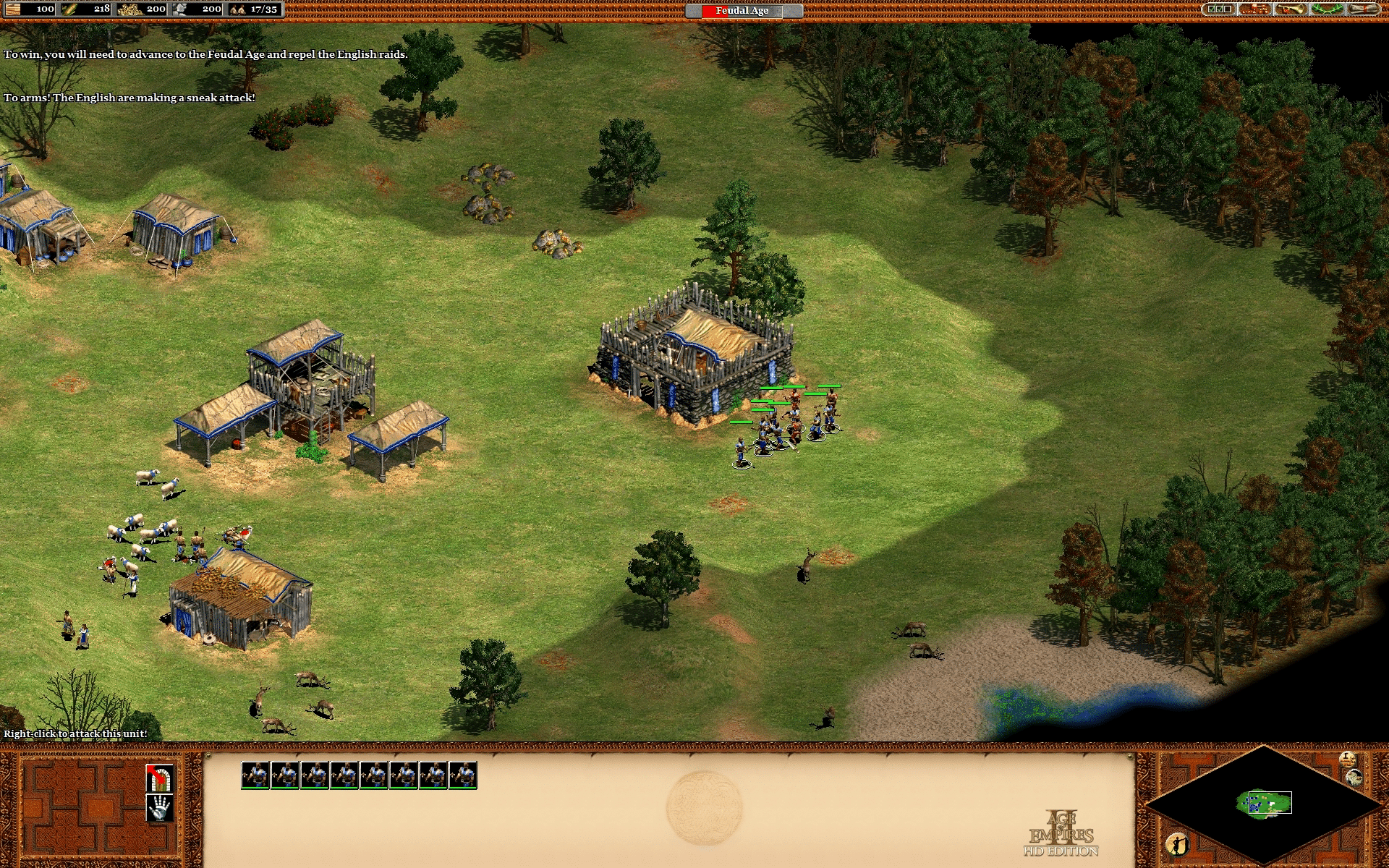 Now things get a bit more advanced, covering some of the additional buildings you can create along with the process of researching technologies and aging up your civilization. You’ll start out with a large town and several villagers, which you can use to collect food whilst building additional ones to speed up your economy. Avoid building extra Militia for now so you don’t have to harvest gold later and wait for the cues to research things like Loom, which makes your villagers more resistant to damage and the Mill building which serves as a drop off point for food harvesting.

Once you’ve saved up enough food to do so, after taking part in some other small tasks at the game’s request, you can begin the aging process from your Town Center by researching the Feudal age. Taking part in this expensive process is important in any game, as it serves to unlock entirely new tiers of units, buildings and upgrades for you to utilize.

While you are upgrading you’ll be attacked by 3 enemy Militia from the right, which should be no challenge for your standing army of 8. Build a couple more after the fight, as you are asked to do, then go back to the Barracks after the aging process is finished to research the upgrade to turn Militia into Men-at-Arms. After the upgrade you’ll be attacked one last time from the same direction, by two Militia and a Knight. If they manage to run past your army towards your villagers, click on the Ring Town Bell icon on the Town Center, to call your villagers into the building. Once inside, they’ll be protected as long as the building stands, while also being able to fire arrows from the Town Center, a useful way to fend off attacking forces.

Next Mission
The Battle of Sterling