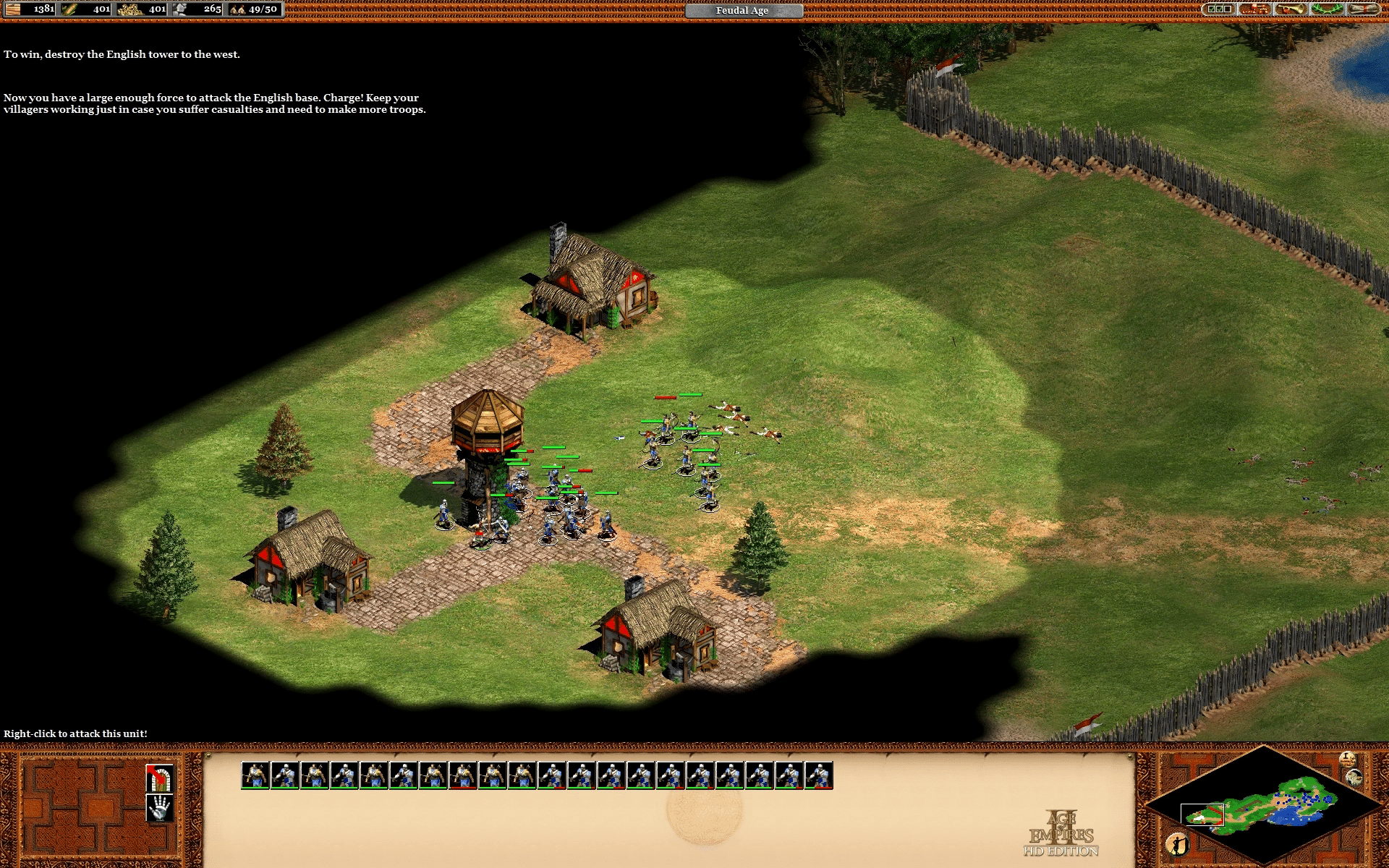 Objective: Defeat the English army and destroy their tower.

This is the first mission that has you building up a moderately sized base from the basics, with which to produce an army and attack an enemy outpost with. Take your time building up a decent economy, constructing houses, Mining Camps, Lumber Yards, a Dock and so forth, experimenting a bit if you’d like since you aren’t any initial pressure to defend yourself. Your first objective will be constructing 5 Militia to use as a defensive force, however you can hold off on this if you’d like since the weak english attack doesn’t come your way until you do so. Remember, even just your villagers garrisoned in your Town Center, are strong enough to defeat smaller groups of invading enemies.

There is only the single spawned attack of Militia to worry about in terms of your base’s defense or securing resources you’d like to harvest, with the rest of the English and their tower behind some palisade walls to the west. They will stay inactive until the wall is destroyed, which is something you’ll be warned of if you approach them.

The mission prompts tell you to bring at least 12 soldiers to the final conflict, but you should wait until you can age up, research Men-at-Arms, then build up a force of them along with Archers. A group of about 30 total soldiers should be sufficient to take on everything behind the walls.

Next Mission
Forge an Alliance