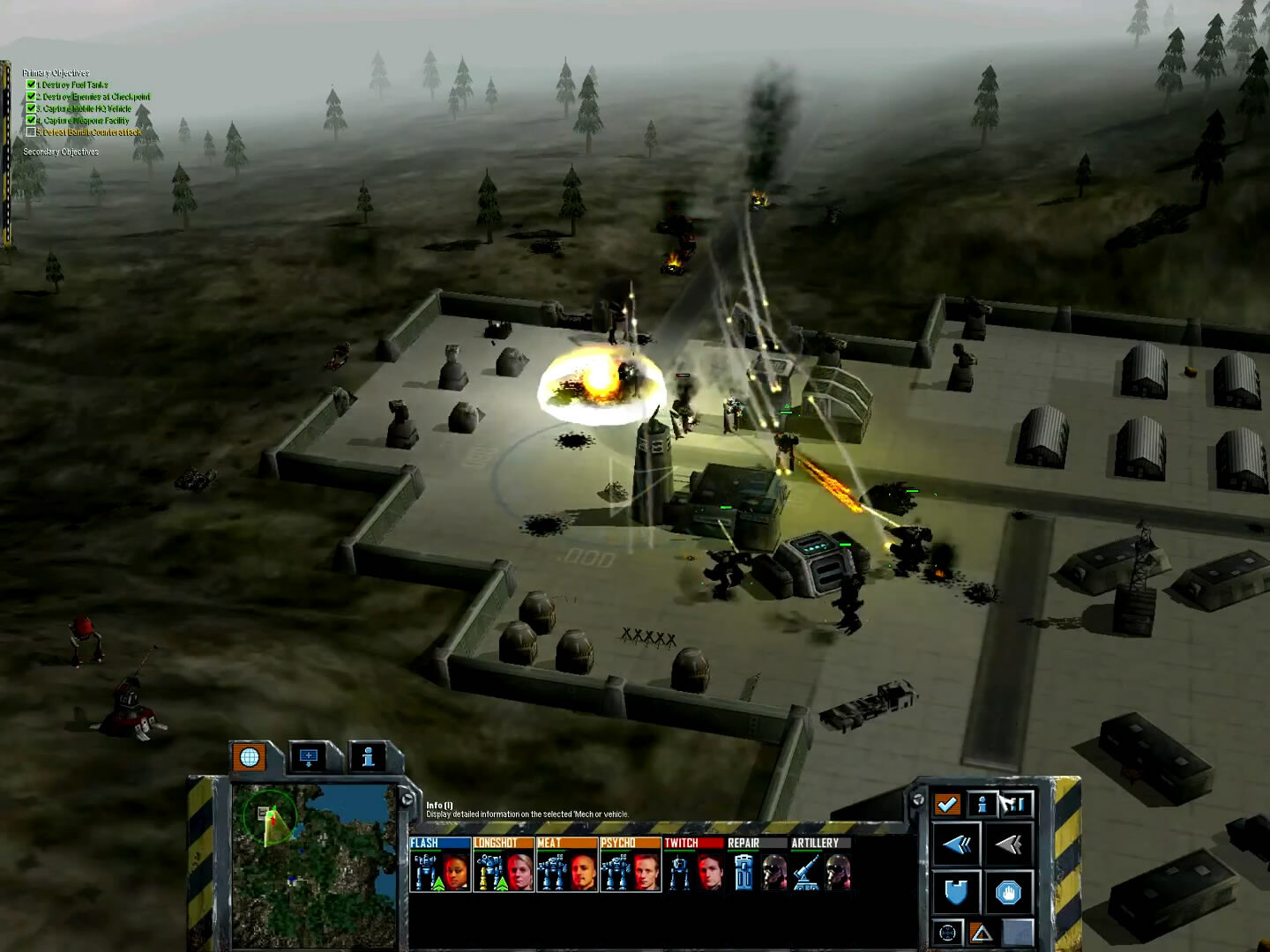 The third mission in the Steiner campaign will have you ambushing a convoy containing a Mobile HQ vehicle, then capturing a weapons facility which you must later defend from a counterattack. For this mission you should bring sensors, which means a Razorback, then filling the rest of your weight limit with either heavy or medium mechs. I chose a Razorback, 2 Bushwackers and the Starslayer I salvaged in mission 1.

Tips to Remember:
Try to save enough resource points to deploy a Longtom artillery piece for the final counterattack, the best position for it being on the ridge behind the base you capture the weapons facility in, just north of the front gate. The Longtom’s area of effect shells make a considerable difference against the clustered group of Fire Ants that come along with a Starslayer during this counterattack. You can check the video for the exact spot I use.

Do not try to capture the Autocannon turrets to use against the convoy as the turrets do not discriminate their targets. The turrets will destroy the Mobile HQ quickly, causing you to lose the mission. The convoy will also come to a rest right next to these turrets, so their capture can be left until you are done dispatching the defenders.

This mission ends with the destruction of the final unit downed that is part of the counterattack. Make sure you spend up your remaining RPs by salvaging mechs while the fight is still going on if you have to, in order to avoid wasting the potential extra mech or bonus C-Bills via its sale.