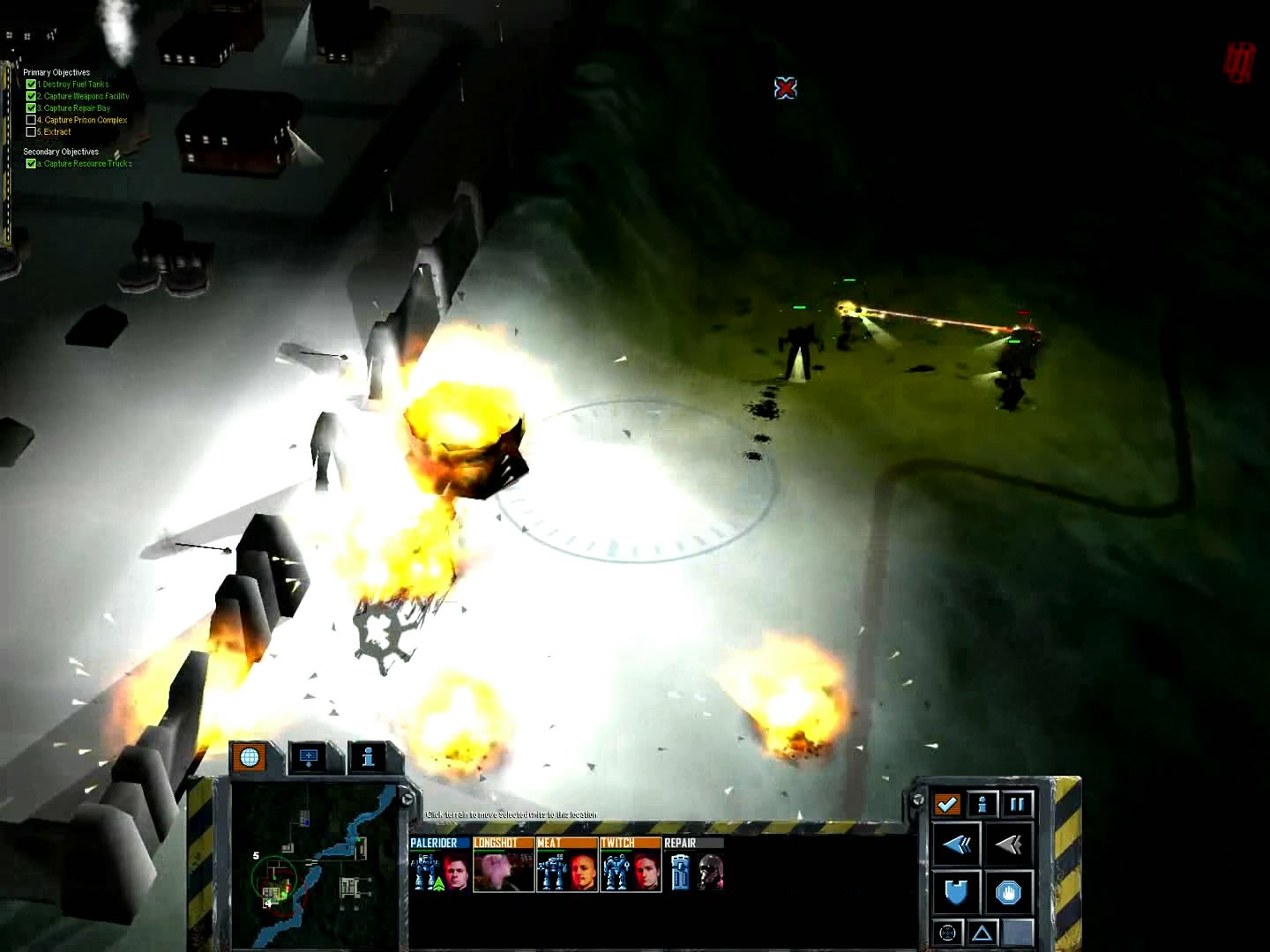 Mission 5 in the Steiner campaign continues the story of the game and the events of the Chaos March, with your forces being tasked with raiding an unsuspecting Liao base in the dead of night. The loadout i used for this mission is a Shai Yu for sensor support, salvaged from the previous mission, along with a Starslayer, Bushwacker and a Shootist for some heavy support purchased from the Steiner mech bay.

Tips to Remember:
This mission is the first night time mission in the game, reducing your visibility. For this reason sensors are far more essential than even before, do not go into this mission blind, as there are many long range foes, that do have sensor coverage, to face here. On a positive note however, you can easily distinguish between mechs and vehicles from the spotlights attached to mech torsos.

Don’t cross the bridge to get to the western half of the map, instead make sure to use the northern shallow water passage as it is far less dangerous. Once on the other side, make sure to capture the support trucks at point A while defeating the forces there before moving on to the repair bay. If you attack the repair bay first, point A’s defenders will join in the fight at the same time, making things difficult for you.

Capture the LRM turrets southwest of point 3 for a location to bait your targets towards, especially those you end up drawing from the Prison Complex base at point 4. This is best done with the Starslayer, using its jump jets to fly up to the control tower and destroying the single LRM Carrier that sits parked beside the tower. Make sure the mech is fully repaired first, as it will certainly take some hits from the turrets in the process.

There are many Storm tanks on this map, be careful and keep an eye out for these dangerous vehicles and their dual PPCs. These are easy to kite thanks to their slow speed, but don’t allow any of your mechs to take constant hits from these weapons as they are designed to be heavy mech killers.