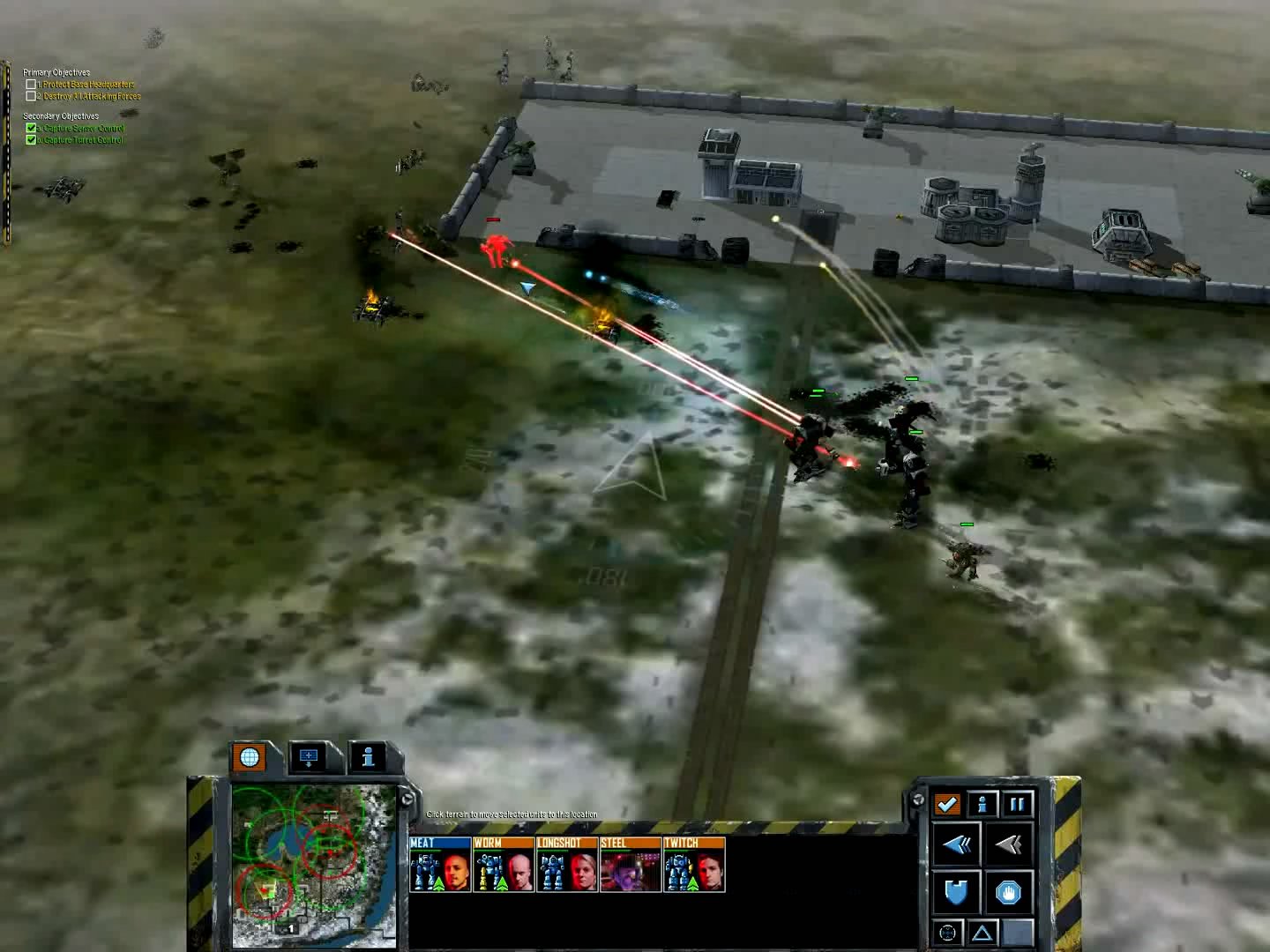 Mission 6A – Defensive Counter: Base Aries

So as it turns out, the Liao don’t really like Steiner forces showing up and plowing their bases into the ground at night. In exchange for the bill of damaged and captured goods you left them last mission, the Liao have decided its time the favor on a Steiner base. Since there is a capturable sensor grid in this map, besides the defensive role along with lots of turrets and towers to give you vision, you can skip out on sensor mechs here. For my loadout, I chose a Zeus and two Highlanders, which can be purchased from the logistics phase. The heavy weapons they bring to the table and thick armor will suit you well for this level.

Tips to Remember:
At the start of the mission, split your forces with the two Highlanders heading directly to point B in order to capture the turrets there and defend against the first wave, while the Zeus heads to point A to capture the sensor network. After doing this, your Zeus will then need to head further northwest to the resource building before traveling east to point A to meet up with your other mechs which should be already fending off this initial wave by now. If you do not capture these positions early on, you will be unable to do so later. Finally, after the first wave, retreat your mechs to the main base leaving point A to eventually be overrun, however necessary due the next waves coming through different routes to the south base.

Kiting and using the base turrets in this mission is essential to success here as each wave is strong in its own might, certainly enough to overcome heavy and assault mechs that aren’t supported. LRM turrets will help at longer ranges, faring better against the vehicles that are part of these waves, while the Autocannon turrets are most useful for quickly stripping the armor off the mechs that are part of these attacks.

Remember to spend all of your RPs before defeating the last of the enemies here as the mission ends immediately upon doing so. Try to salvage new mechs as you drop them and pass on calling down repair trucks in favor of using the two Mech Repair Bays your provided with inside the south base.