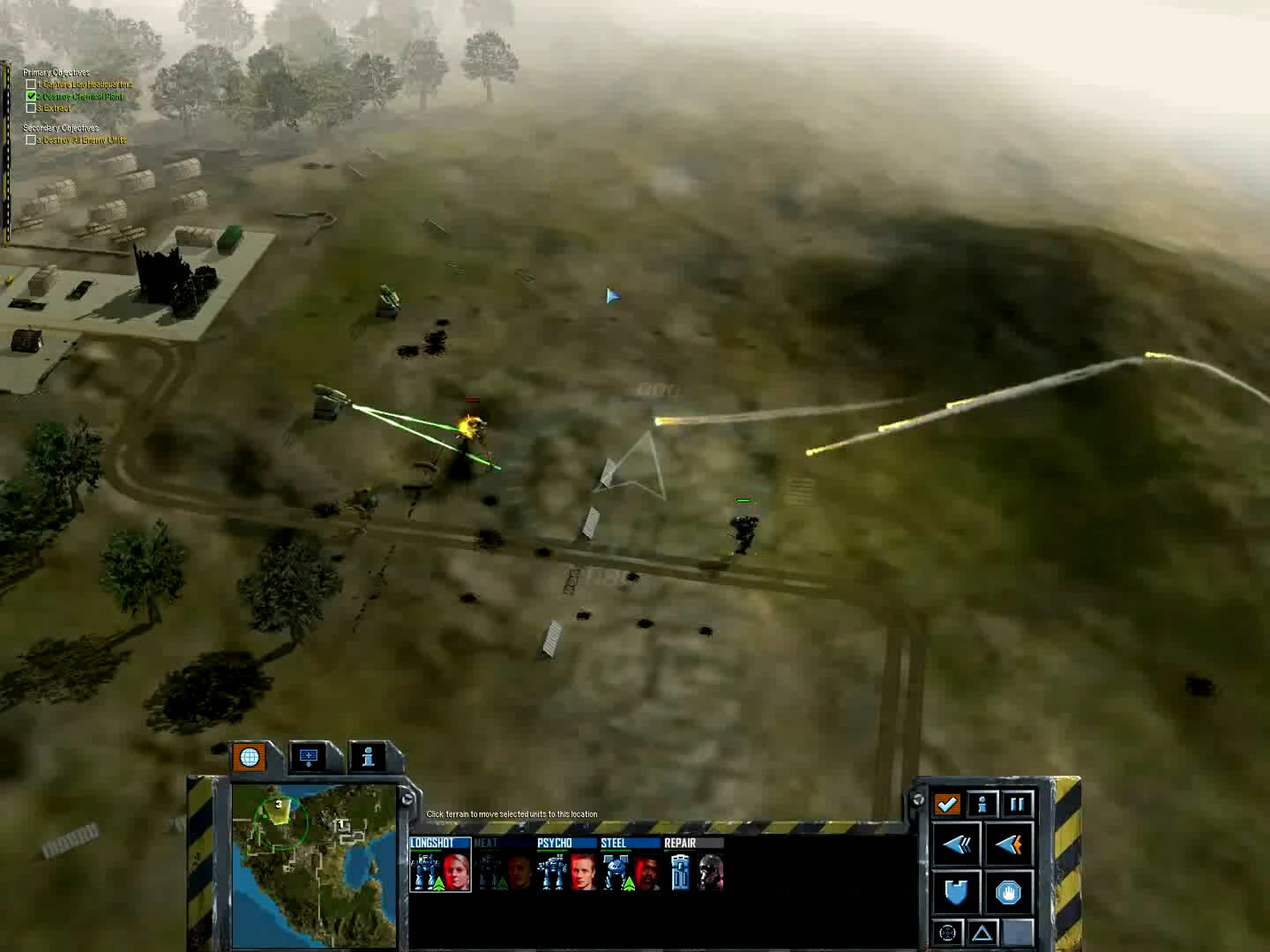 With the Liao and Steiner being at full blown conflict at this point, it is time to take a moderately sized force into enemy territory and capture the Liao HQ in the area, to cut off their support for the Bandits. In this mission I chose to take a pair of Shai Yu mechs for their needed sensors and jump jets in this mission, with a Bushwacker (armored variant mentioned above) and Catapult for support.

Tips to Remember:
Leave point 1 for last, the Liao HQ you must capture, as you will want to travel west then north, taking out the lighter defenders and eventually capturing salvaged mechs and the Pulse Turret base to the very north, near the Chemical Plant. You will want to use this pulse turret base as a location to bait the defenders of point 1 towards after clearing the rest of the map. If you get too close to the base early on, you will trigger the defenders to come out and gang up on your mechs, easily overcoming your forces considering the added difficulty of assaulting the base from this direction.

Watch out for the minefields around the road that leads to the mini base containing a Resource Building near the center of the map. The minefields look like 5 dots in an X pattern on each square of terrain they cover. These will wreck your mechs quickly, but can also be used to wreck enemy mechs too large (medium and up) to cross the fields safely since they do not discriminate targets. Light mechs (35 tons and under) can travel through minefields unhindered.

When it comes time to finally assault the Liao HQ at point 1, assault it from the west, using the high ground to your advantage. You can detonate some fuel tanks at the NW corner of the base to clear a path in the walls for your mechs to breach and make it in. Keep in mind however, the turrets are controlled by a tower located in a smaller base just south of the HQ’s base, so avoid the turrets or make a quick dash to capture them. Jump jets will help here.