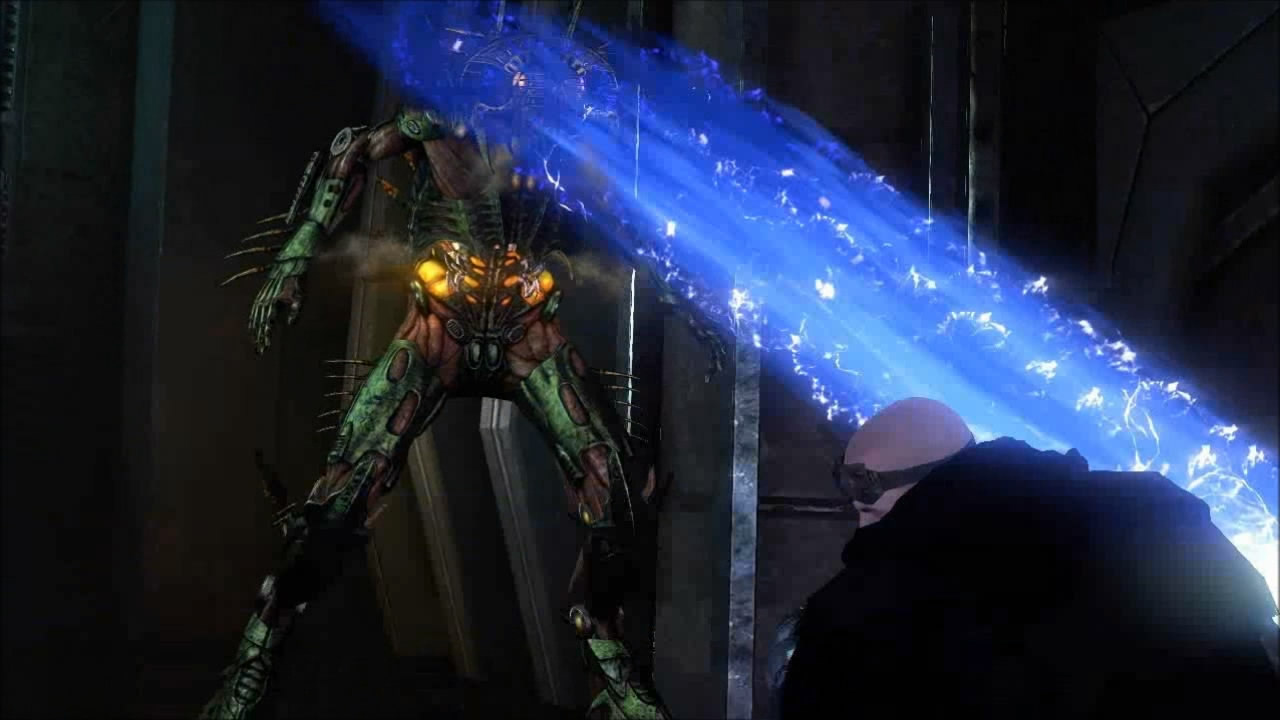 Objective: Get to the Turbine Room
Right at the start of this mission, Darius receives the Impact ability for use from the Nanoforge which emits a pulse of energy that can damage and knock objects back. Initially, you will use this weapon to blast through some closed doorways but it can be used to great effect against enemies as well. Hitting a hostile directly with an Impact blast will throw it a fair distance which can be followed up with gunfire while they are down. More effectively, you can incorporate structures or walls into your blast, throwing debris into the enemy and doing far more damage.

On your way to the Turbine Room, you will face a series of cultists which are best handled using the various explosive barrels littered about the area. Making use of the Plasma Cannon can be a great way to take out condensed groups of enemies where explosive barrels aren’t readily present.

Audio Log #22 (1/2) – Before you arrive to the first large room of Cultists, you will find this Audio Log in a small room to the right of a hallway, guarded by a pair of Cultists leading up to the much larger combat zone.

Objective: Stop the Cultists & Repair the Turbines
This next objective will be presented to you as you near the Turbine room. When you enter this area, watch out for Cultist Officer and his Rocket Launcher, focusing on it first before moping up the other Cultists in the room. You will have to repair the damage done to the three turbines in this room before leaving, so forgoing the use of the Plasma Cannon, opting for the Assault Rifle instead might save you time. On the other side, you can have fun really wrecking the room with well-placed blasts.

Objective: Find Adam Hale and Save the Terraformer
Proceeding onward you will eventually make it to another generator type room with a large central structure with lots of blue glowing haze about it. You will need to make your way up to the first walkway to go through a nearby room to reach the second higher walkway which allows you to proceed onwards.

Audio Log #23 (2/2) – At the doorway to the upper walkway, you will find the second and final Audio Log in this level next to a dead body and some ammo crates. This one is pretty hard to miss.

SHIVA Exo suit
After using the second Audio Log and making it past this generator room you will head to another room where you will have to extend a bridge. Upon approaching the control room there is a brief cut-scene before you are locked inside a small control center of some kind with a hostile SHIVA. Although deadly, this enemy is far easier to defeat than the Scout Walker. A couple well placed Plasma Cannon blasts are enough to take it down while using the central pillar-like object for cover.

Once you have beaten the SHIVA and you cross the extended bridge you will witness another longer cinematic that covers the time-gap to present-day Mars. You can find the cinematic below this level’s walkthrough.