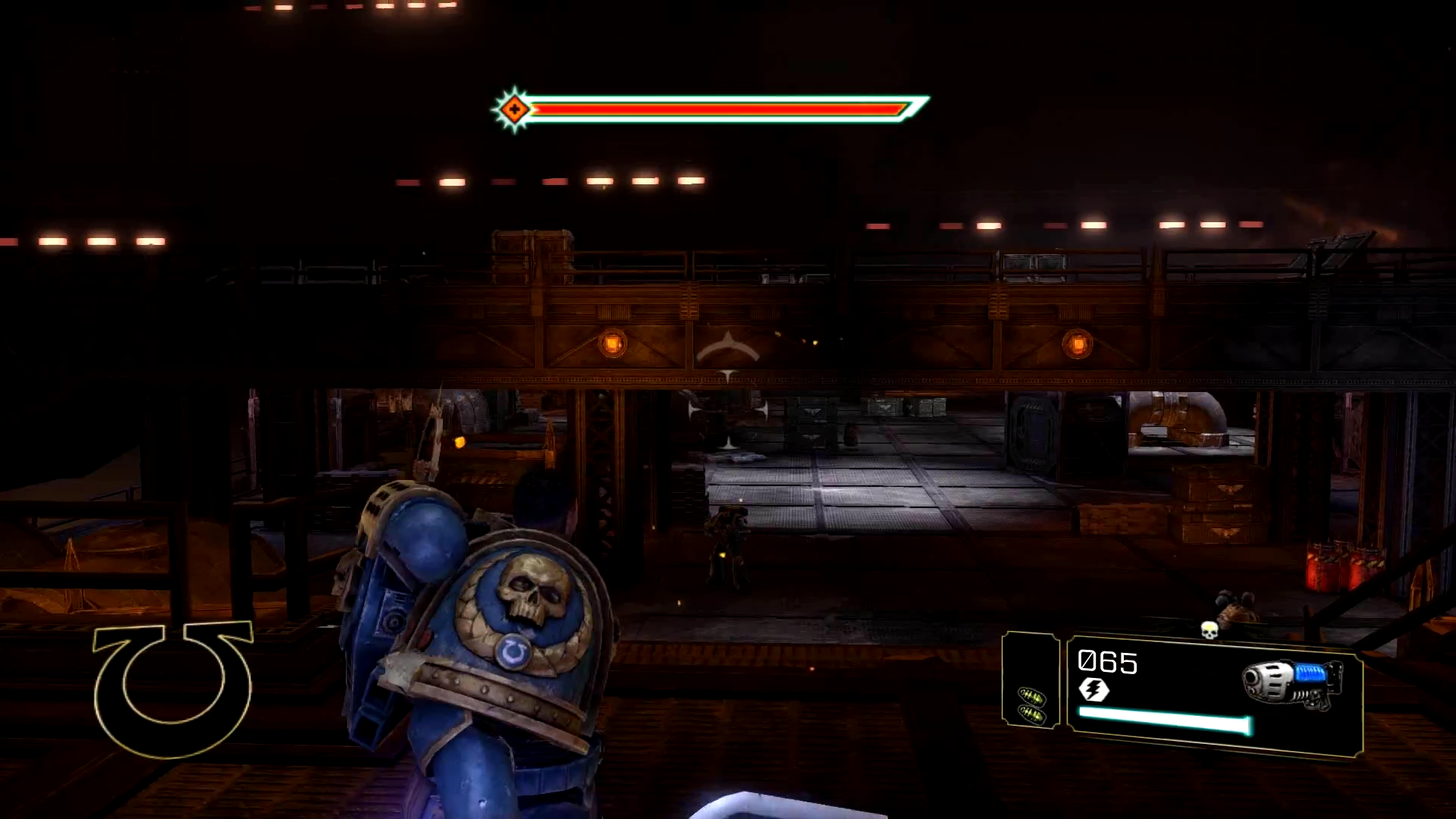 This guide covers the locations of all of the collectible Servo Skulls which are located in chapter 13 “Wake The Sleeping Giant,” in the video game Warhammer 40,000: Space Marine.

There are four in total to be collected in this chapter, the first of which is located during the Chapter Start section with the final three all uncovered during the Free the Titan portion of the chapter, where you are tasked with powering up and readying the massive war machine Invictus.

The first skull in chapter 13 is found early on into the level, at your first encounter with the Chaos. You’ll move through a handful of empty rooms prior, collecting ammo and having conversations with the other characters as you progress.

Once you do encounter the Chaos initially, it will just be a few cultists fighting you on a walkway with some rooms that branch out to the left side. Kill the cultists then head up the walkway until you reach a small ramp that makes the walkway just a bit higher than it was before. Look in the first room to your left after this small ramp and there will be your skull.

“With my psychic abilities, I had drawn energy from the Warp. I found a planet where I could work, unobserved: a remote Forge World. The Adeptus Mechanicus gave me free reign when I told them I was developing a weapon with a new, ‘unorthodox’ energy source. They know the Xenos will soon choke humanity out of the galaxy. If my weapon will help keep our species alive, they will not ask questions. Desperation cuts through bureaucracy.”

Near impossible to miss, the second Servo Skull is found about midway through the chapter after you take a lift ride down some ways. As soon as you come off the lift, you’ll see the red glow of the servo skull to you’re left with the path that takes you on your way to the right.

“Experimentation with the Warp energy is proceeding rapidly. I no longer need to travel into the Warp to pull more energy into this dimension. But I am encountering …unexpected…activity. I was naïve to think that my incursion into Warp space had gone unnoticed. Someone — something — has taken an interest. When I manipulate the energies, I feel a presence pushing against my psychic defenses, testing me. Testing me.”

The next skull is found after first activating the power for the Warlord Titan, on your way to accomplish the next task of releasing the mooring clamps holding the machine in place. After fighting a Chaos champion, his entrance is presented with a quick in-game cinematic of him portaling in at the top of some stairs. Titus will start a conversation with his brothers, mentioning they split up with you heading onwards to take an elevator ride. Before you take the elevator, look for a longer path that branches off from the walkway, to the left and into an open room. Follow this walkway and into said room to find the skull next to some large crates.

“I needed to test the Warp device’s capabilities. Running the Titan Manufactorum with it — or rather, with the ‘power source’ — provided a convenient opportunity. The techpriests are practically giddy with its success. But this is a trivial accomplishment. I am impatient to begin testing the Warp device’s psychic attributes. I am just waiting for the live cargo to arrive.”

After receiving the Storm Bolter and then shortly after releasing the mooring clamps on the Titan, the massive machine will begin to move as you make your way to another platform. Here you will fight your first Chaos Drone, which are the hovering machines which attack you with a machine gun like weapon. Once you down it, look at the wall, with your back to the Titan and find the room that branches off from the main path with a ramp that puts it higher above the rest of the walkway.