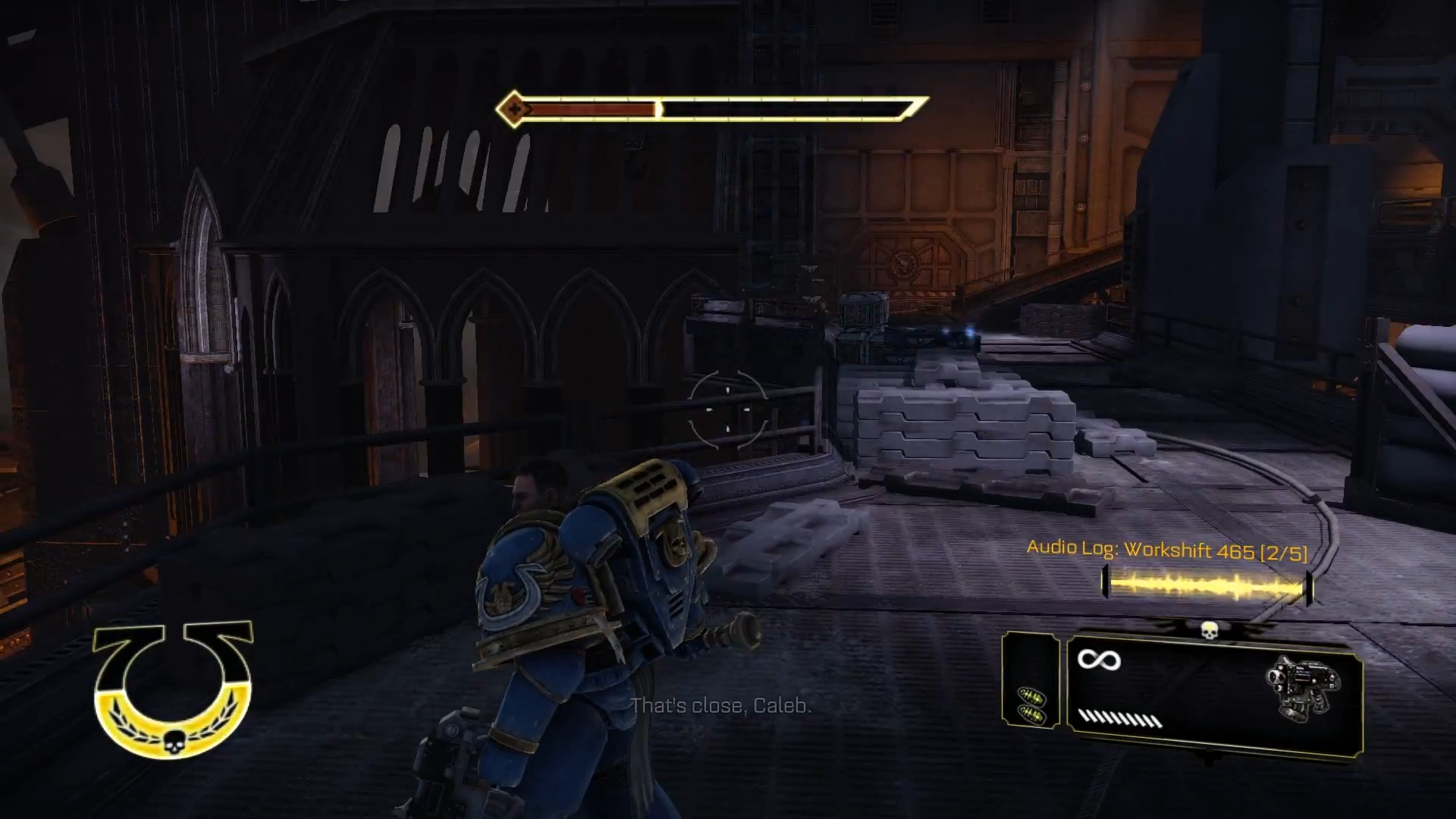 This guide covers the locations of all of the collectible Servo Skulls which are located in Chapter 6 “Lair of Giants” in Warhammer 40,000: Space Marine.

This first skull in chapter 6 is found shortly after using the Augur station in the very beginning of the chapter to locate Inquisitor Drogan’s life signature in the facility. After the scan is finished, you’ll proceed onwards around a corner then down a long open walkway with an elevator at the end. Look to your left as you go down this walkway for the first of two ramps that lead to a lower area of the walkway with a bunch of crates littered about it. You’ll find the servo skull at the end of the ramp, clearly seen once you make the turn.

Lilith: “– the Orks have reached the Western territories. That’s close, Caleb.”
Caleb: “Not when all the planetary defenses — and the Skitarii — stand between us and them.”
Lilith: “First you don’t believe there’s an invasion, and now you’re not worried about it at all.”
Caleb: “Lilith, we have a far better chance of being killed on the assembly line than by a far-away Ork.”
Graia: “Workers, take your stations. Be productive, be dutiful –“

This servo skull is still in the chapter start section of Lair of Giants but further pas the first in the forge area where you’ll find a series of walkways that cross and go around a large conveyor belt. In this room you will also find a lot of Orks to fight, your comrades pointing out that they seem to be coming out of the ventilation tubes. Look to the left of the objective marked door, once you’ve finished clearing out this area and you will find a ramp that leads to a platform overlooking the belt to walk up with a control panel and the servo skull you seek.

“Transmission to Inquisitor Lord Sharpe– My Lord: the research facility is operational ahead of schedule, thanks to the techpriests. I’ve already begun my work to create a stable energy matrix. Harnessing these…unorthodox …energies is proving more promising than I could have dreamed…”