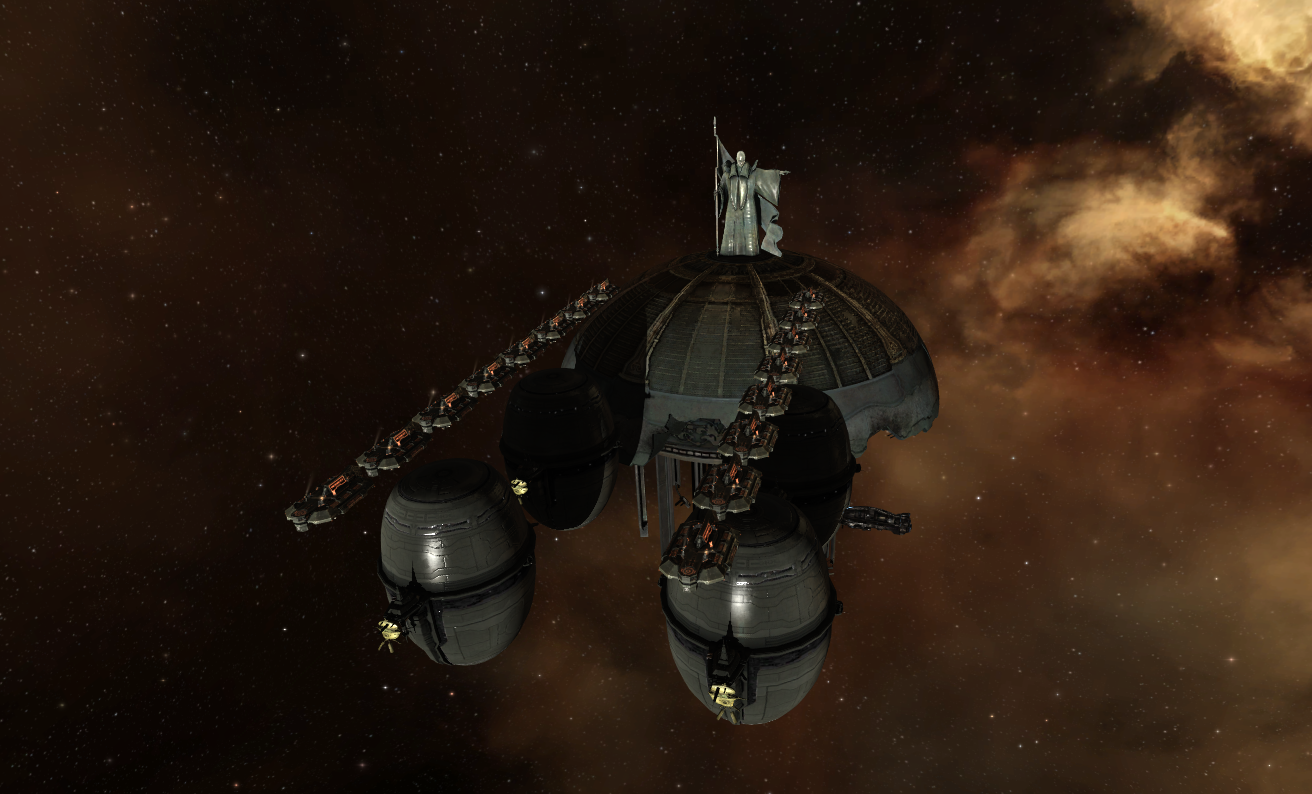 This guide covers the No Sincerer Love chain of Amarr Cosmos missions in the MMO video game, EVE Online, providing details on how to find and complete these missions, along with possible rewards. Cosmos missions can generally only be performed one time per character and also provide significant standing boosts along with rare items or BPCs of storyline items as compensation for your efforts.

*Remember, not only can you complete them just the once, but failing or letting a mission offer expire can potentially lock you out of ever performing those missions successfully, along with any missions that might come afterwards.

The No Sincerer Love chain of missions consists of little more than a series of courier missions you’ll be running for the Cosmos agent Chari Shakai in the solar system Aphi.

In order to perform these missions, you should bring a ship capable of holding at least 500m3 of space, since the shipments will generally be either that size or slightly smaller. Most of the destroyers can hold this amount of cargo and still travel relatively fast, as long as they are fitted with one or two expanded cargo hold mods.

Last but not least, you will need to have an effective standing of 2.0 or higher with this agent in order to receive these missions, meaning you must have either a faction standing towards Amarr of 2.0 or the same with the Nurtura corporation.

Once you have arrived in the Aphi system, warp to the Civic Court Plaza site in space to find your agent awaiting you in his Impel.

As a reward for each mission completed, you will also be given a random BPC on top of your Isk and standings. Each set of Cosmos missions have their own “pool” of BPCs they can draw from (listed above) in terms of what they offer as rewards, as opposed to a specific BPC for each mission. As such this list may be incomplete, considering the difficulty of running these missions multiple times. If you find yourself rewarded with a BPC not listed here, please post a comment along with a screenshot if possible, of what BPC you were given. Imgur recommended for photo uploads (leave the link to it in your comment). Contributions here will be credited in the guide.

For your first in the series of transport tasks, you’re given 400m3 of goods and asked to travel 3 jumps away to the Munory system and drop off the goods in the Ducia station there. All of these are going to obviously be straightforward, with the goods placed directly into your cargo hold upon accepting the mission, so make sure you have the space free before warping to the agent site in space. Apparently a well known lord in the area is throwing a party for his son and everybody is trying to get drunk off their asses.

Another three jumps out to a station in Koona which is actually adjacent to the last system you delivered to. Try not to think about the fact that you are delivering weapons that are being used to put down a slave uprising, but hey, that’s Amarr for you.

This time only two jumps away, now up to the larger 500m3 transports along with a continuously rising collateral, granted a pretty minuscule one for anyone not flat broke. On the bright side, your quest here seems to be a bit more noble this time around, delivering resources to a local station preparing itself for a pirate siege.

Mixing things up a bit, this time around for the fourth part in the chain, you are not given the cargo in space, rather tasked with flying 3 jumps out to Munory, picking up the goods from the station there, before jumping one more system over to it’s destination in Koona. Make sure you set your waypoints accordingly and don’t just jump straight to Koona first. Ironically your previous delivery of arms to the slavers ended up falling into the hands of the rebels, inadvertently turning your previous actions into one of accidental good samaritanism. Perhaps these roes will “accidentally” drop in a similar fashion.

Another two-part courier mission, with you picking up the goods one jump away from your agent in the Cahnoun system, then jumping a further 3 to reach the destination of Koona. According to Chari, the slave rebellion has not only gained a foothold, even with a raging sandstorm affecting the planet, but has managed to seriously fuck up the guards and other plantation owners/operators on the planet. Karma is a bitch, isn’t it?

Either way, now its up to you to bring in some Kameiras to assist the Amarr side of the fight, elite soldiers who are bred from the Matar to fight for the empire . . . in other words, slave soldiers being used to fight slaves. Considering how the previous shipments you’ve “delivered” to the Amarr side of things down there, you can probably guess how this one is going to end up.