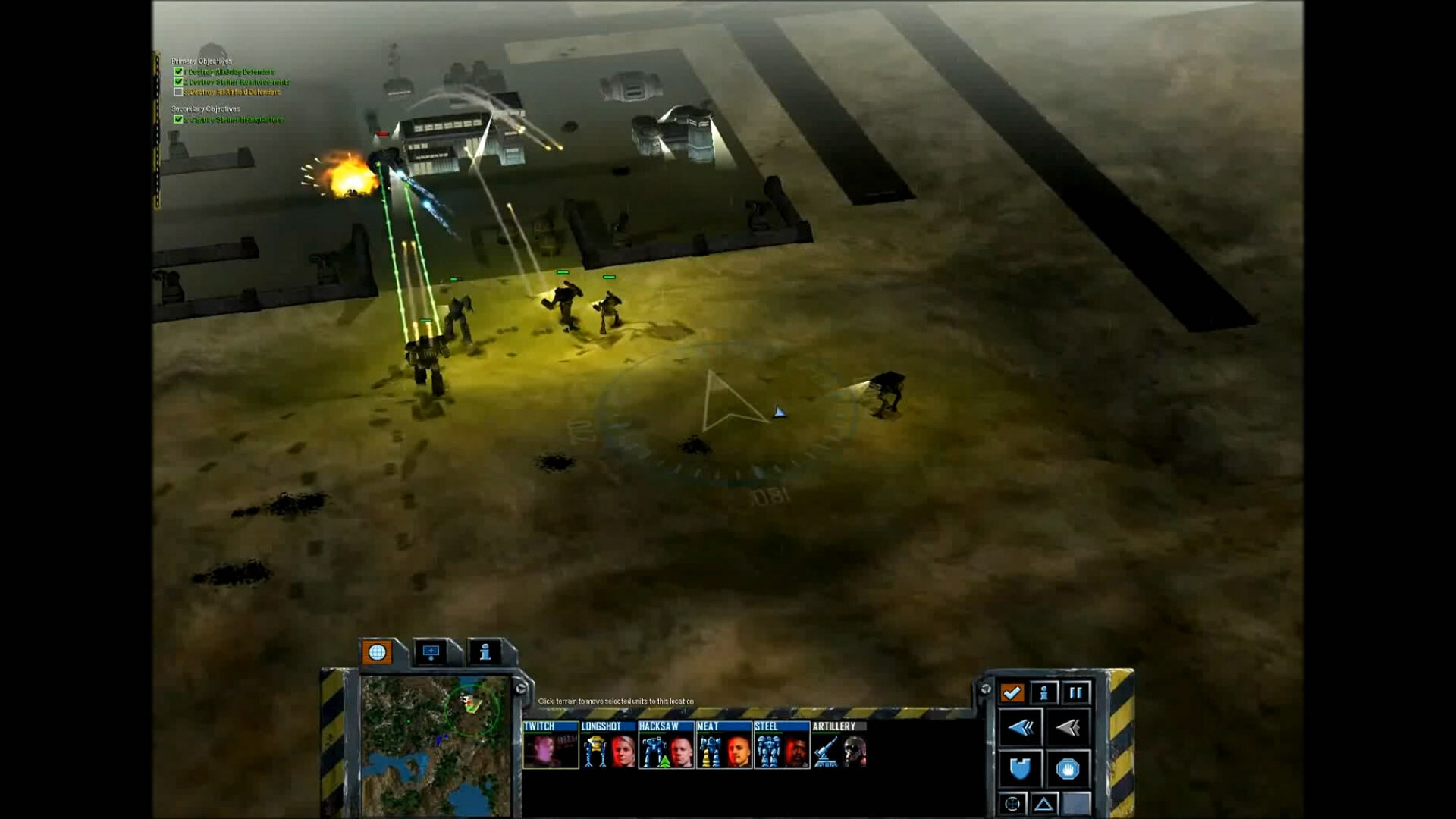 The first mission in the Liao Campaign has you rescuing a local prison complex holding a group of Rebels which some Steiner forces have decided to demolish.

Loadout:
Try to bring a squad of mechs with some sensors, jump jets (not imperative but useful) and the Atlas you should have from previous missions for pure stopping power. My load-out consisted of a Starslayer, Men Shen, Lao Hu and Atlas.

Tips to remember in Liberate: Gulag
Don’t bother rushing towards the prison as its destruction by the forces that start out attacking it doesn’t seem to be tied to any of your objectives or mission success in any way. Eventually the Steiner forces will stop attacking the few remaining buildings anyway. Also you don’t have to worry about airstrikes, even after Colonel Renard talks about scrambling the bombers.

After taking the prison complex you will want to call down a Long Tom artillery on the west ridge that overlooks the complex in preparation for the reinforcements. You will have to face several mechs of both the Hollander and Hunchback types, both which can hit extremely hard and wreck your mechs. Long Tom shells will help drop these heavy weapons platforms quickly. If you can salvage the Zeus you had to down at the Gulag in decent condition, it’s firepower will help out significantly.

Make sure you are fully prepared and mechs in good condition before approaching the Airfield as there is an enemy Atlas to face off against here. If you can capture the SRM Turrets early on in the fight, they can be very useful in this fight.