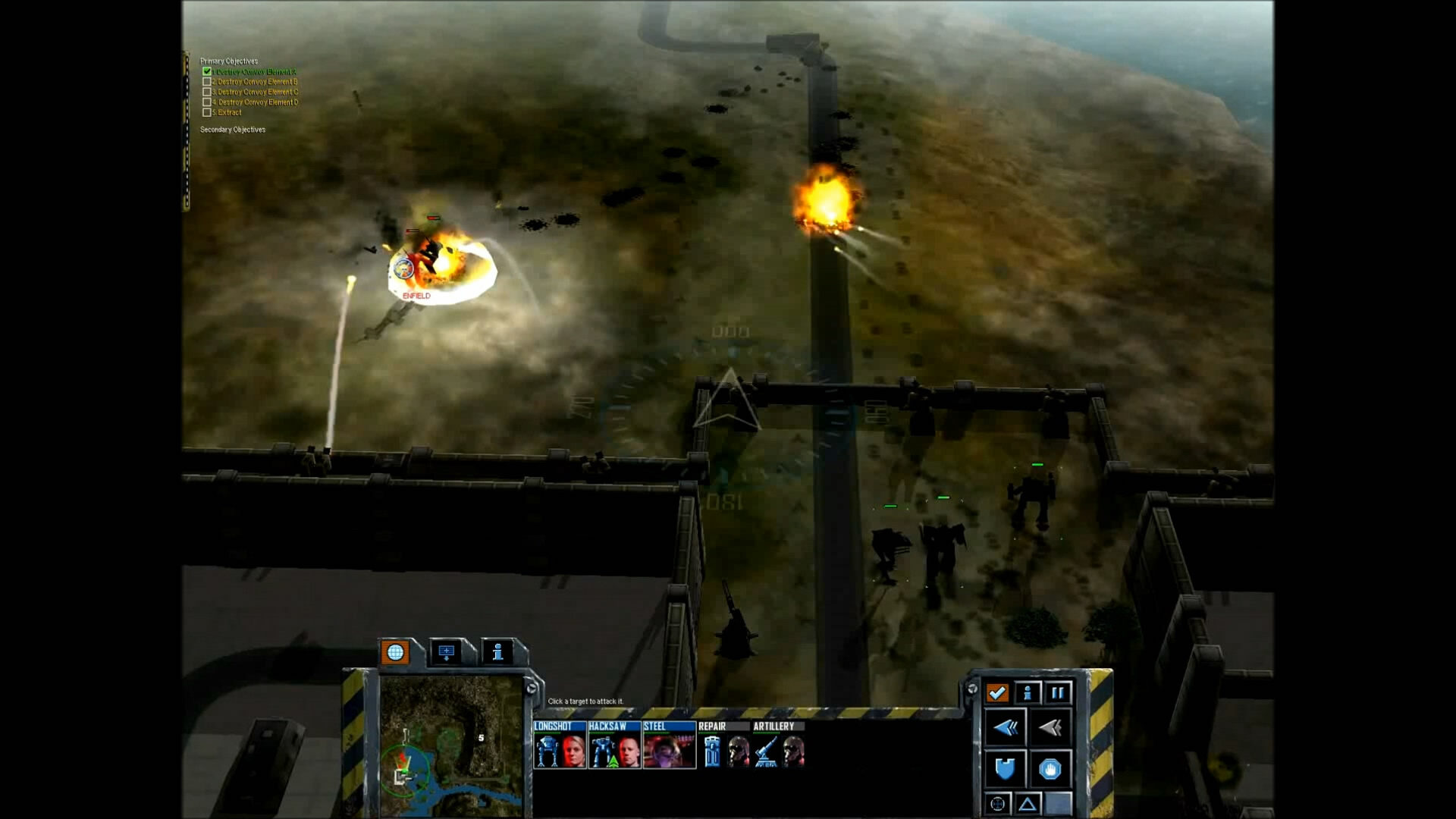 This level in the Liao Campaign of MechCommander 2 now tasks your mercenary forces with intercepting a series of convoys that are destined for 2 different bases in the area. All four groups will travel down the single main road on this map, coming from the east and traveling west.

Loadout:
It is important to have both a sensor mech and jump jet capable mech for this mission as there is a base to capture that is incredibly difficult to assault otherwise. In my playthrough i took a Men Shen for sensors, Lao Hu for jump jets and Zeus for additional fire support.

Tips to remember in Mobile Intercept: Killdeer
The first thing you want to do upon starting this mission is to capture the resource building to the east of your starting location as it will soon be overrun by the advancing elements. The very next task of your should be to then have your jump jet capable mech hop the islands directly west of your starting location to capture the turret control for the LRM base to the west, clearing out the vehicles that reside within with the help of the turrets before joining back up with your forces. Don’t forget the resource buildings that are in this LRM base as well.

There are two Ullers by the extraction point worth eliminating and salvaging later (after mission) to add to your arsenal of clan mechs which are significantly more powerful than Inner Sphere mechs of the same weight. They will power up and give chase to your forces if you approach the mountains the extraction point is located on. There is a Vulture that is part of one of the elements heading to the LRM base which is much more worthy of mission RPs.

The northwest turret base will have some of the elements stopping here instead of making the full trip to the southwest LRM base. It is best to clear the forces here out over the course of the mission, first eliminating the original defenders before returning here after a new element decides to take position there. This prevents the defenders from becoming too numerous and giving you a hard time when it comes to wiping them out later.