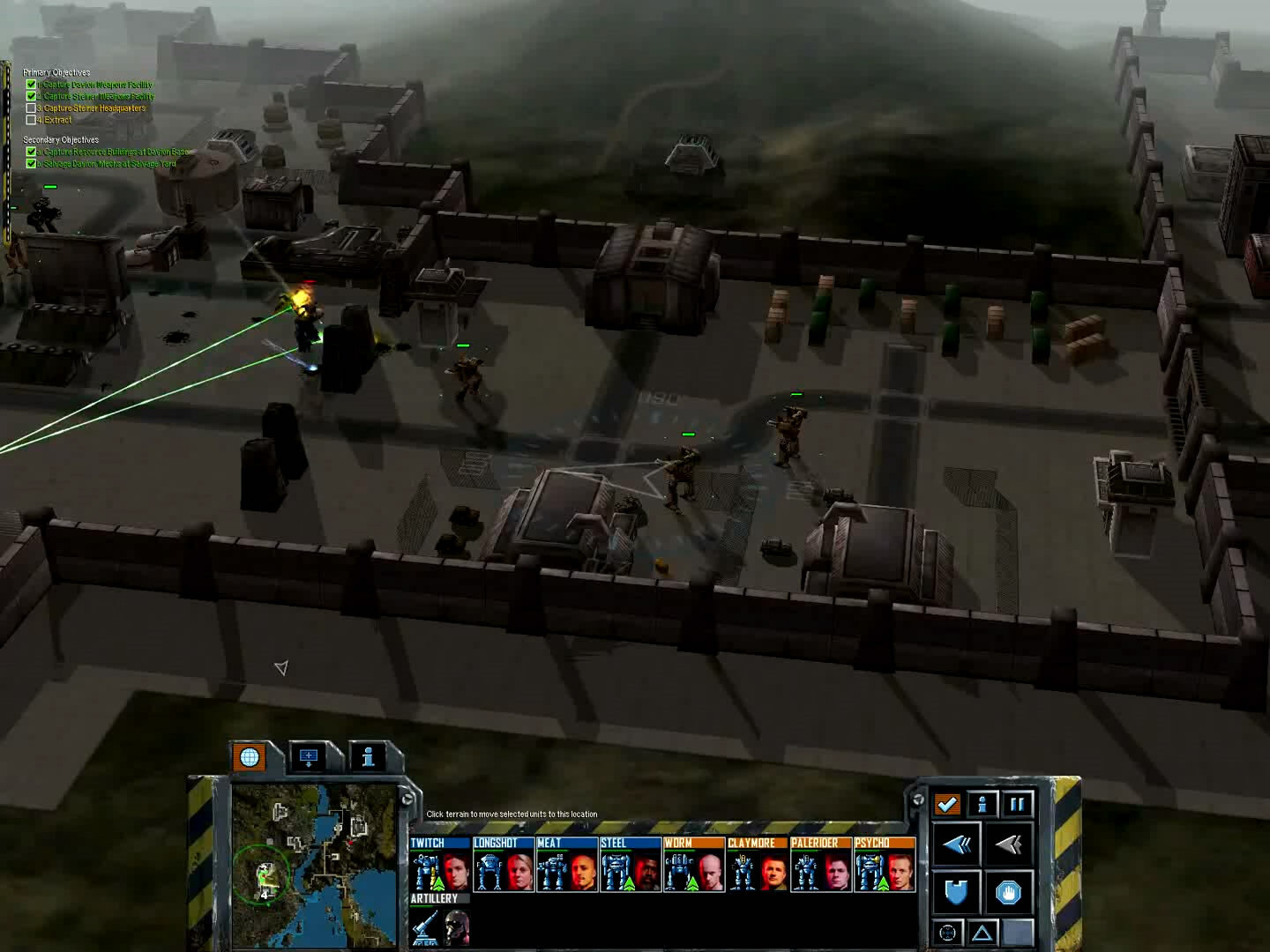 In Facility Assault: Hijack of the Liao Campaign in MechCommander 2, it is time to really mix things up in Carver 5, pitting the Steiner and Davion forces against each other by attacking the western Steiner bases with mechs salvaged from the east Davion base.

Loadout:
It is essential to bring either a Men Shen or a Raven for the ECM they provide in this mission, there is no real alternative to this. I decided to take the Men Shen as its superior armor and firepower are needed here. Next bring a jump jet mech, in this case I used a Starslayer that can fight at close range effectively, this being necessary to capture 14,000 RPs at the start of the mission. Finally fill out the rest with a medium support mech, which I used a Bushwhacker for.

Tips to remember in Facility Assault: Hijack
Make sure you take your ECM mech and destroy the two sensor towers while your other two mechs stay outside their radar range. If your mechs are picked up on the enemy radar, you will end up facing an overwhelming force of Davion mechs that can easily spell doom on Veteran difficulty. After these sensors are clear, remember to capture the resources located on both the islands to the west and east of the strip of land you start on with your jump jet mech before heading further onwards.

Avoid the Davion forces that guard the ridge that exists southwest of the base below point 1, instead flanking these forces by hugging the right side of the map. Use some of the RP you captured to recover one of the salvageable mechs at point B, capture the repair bay and get your other mechs in good condition before assaulting the base south of you for the 5 resource buildings it holds. Also avoid taking the southern bridges, sticking to the north bridge only, especially the central one which is mined.

When assaulting the final base, it is best to flank this location as well by hugging the river and curving around to point 4, approaching point 3 from the south. The open field north of point 3 is heavily mined and it’s east side is defended by turrets which will be joined by the mechs within if attacked directly. Coming up from point 4 allows you to enter the base from an open, undefended side and take out the chewy center directly.