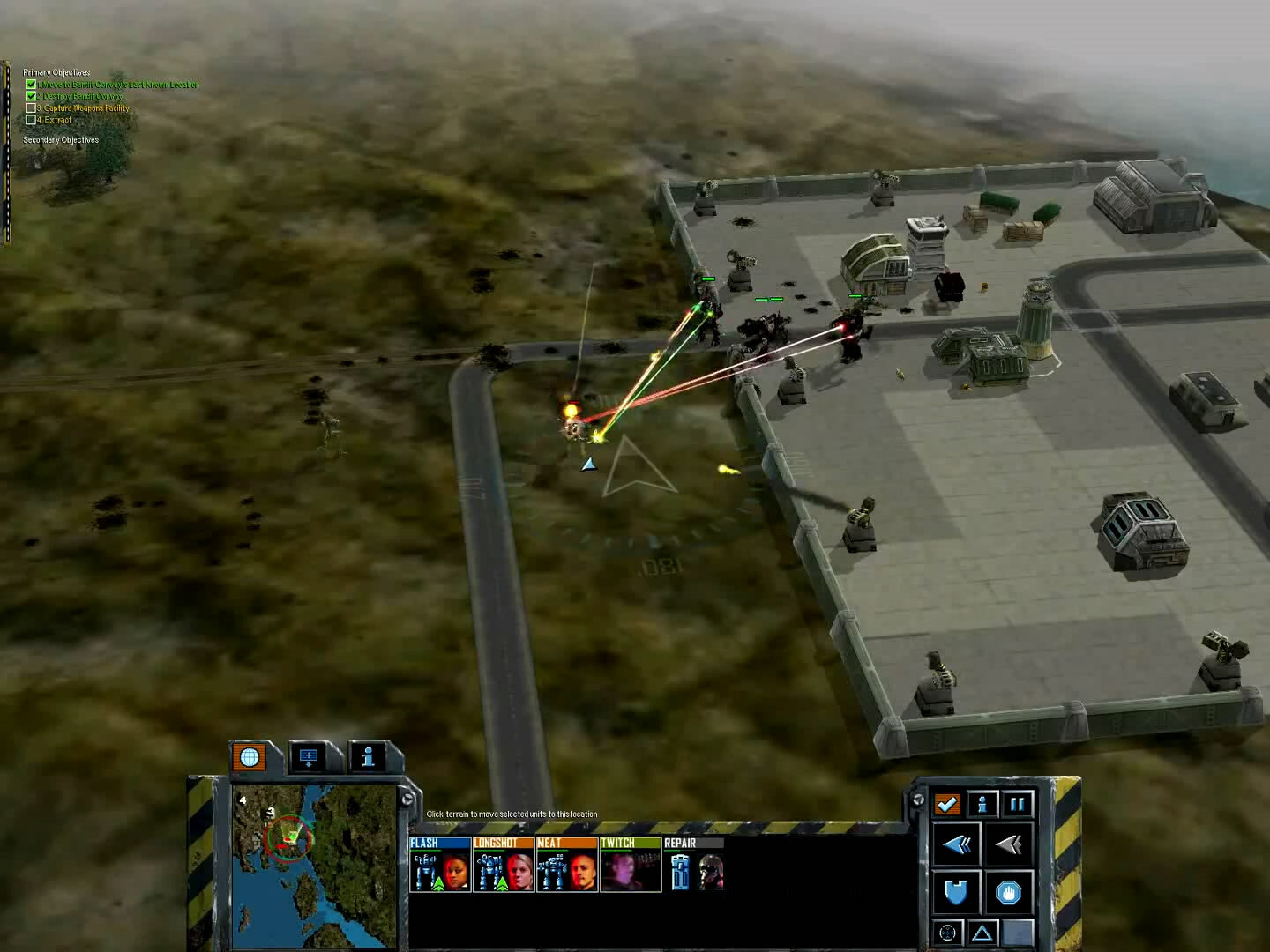 The fourth mission is where things begin to get hairy, story-wise, in MechCommander 2, with what begins as an interception of a Bandit convoy of vehicles into a retaliatory strike against the Liao forces in the area. For this mission it is important to bring sensors and a heavy mech if possible, as firepower and intelligence will prove useful. My loadout consisted of a Razorback, Starslayer, Bushwacker and Shootist.

Tips to Remember:
Upon starting this mission, avoid travelling straight north, as this will lead you into unnecessary fights against enemies with high ground advantage. Instead hug the water to the west as much as possible to head directly towards the convoy you need to intercept.

There are two paths you can take to cross the river that divides the two main sections of land here, the northern most being the least defended. If you take the southern bridge crossing however, you can use a jump capable mech, or quick mech combined with a hole blown in the walls, to rush the Turret Control Tower that govern the SRM turrets here, then rushing the west bank tower after leading away the four centipedes that guard it. This gives you a place to lead the other enemies on the west land mass towards in order to finish them off quicker.

Avoid the SRM base that is south of the Weapons facility by flanking the facility on its east side, using the hillside as a ramp. You can have a mech jump in to capture the facility after dealing with its defenders, thus avoiding any damage you may take in conquering the fire base, which serves little use with already having taken the bridge SRM base.