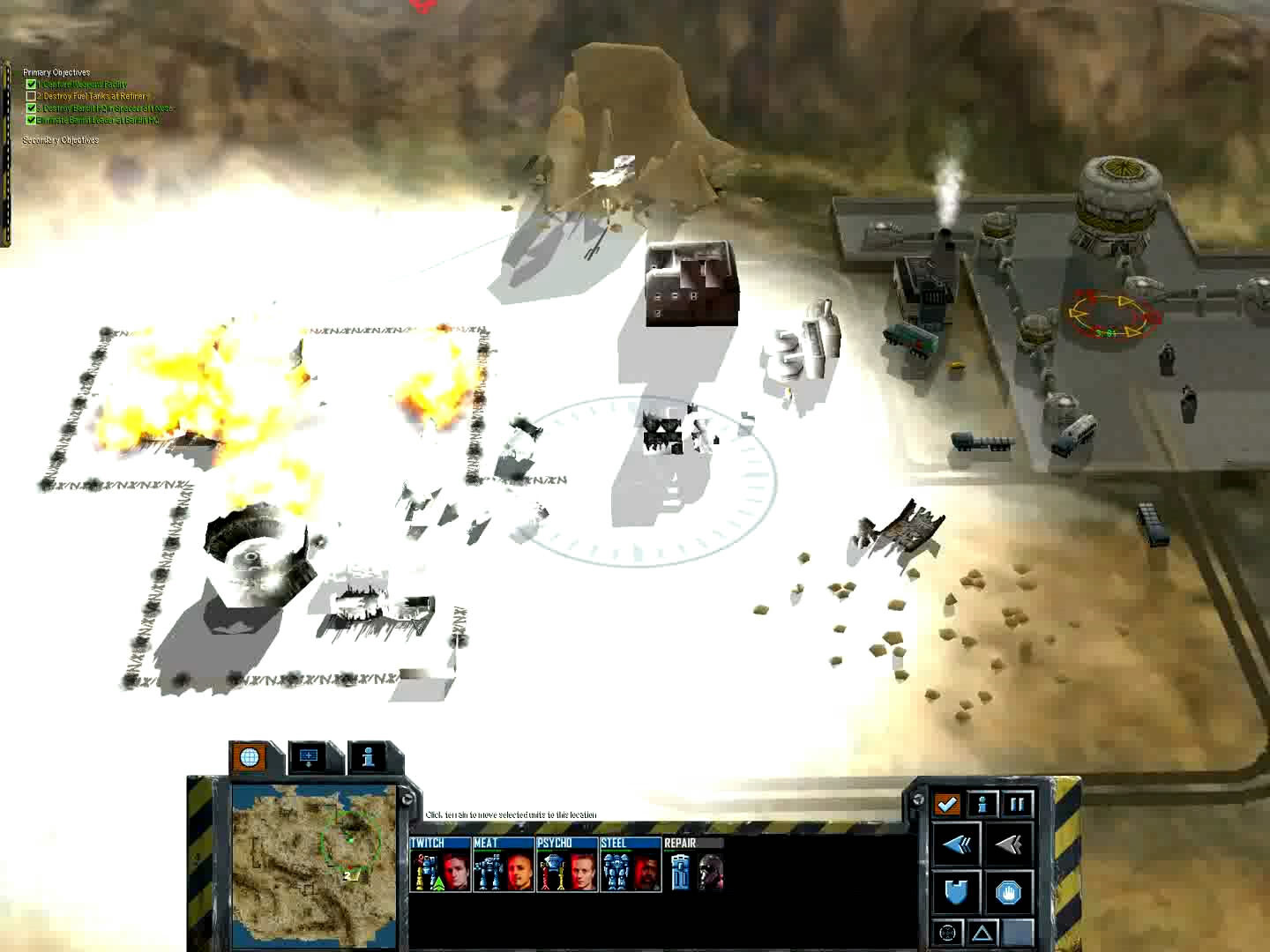 Now its time for the final mission in the Steiner campaign. With this mission you are tasked with finishing off the Bandit forces by destroying their HQ which is located in this area, built inside the nose of a crashed aircraft. You will face the toughest challenge so far along with your first “Boss” fight with the Bandit leader. Loadout for this mission is comprised of a Raven (salvaged from mission 6C) Starslayer, Men Shen, Bushwacker and Atlas. Heavier mechs are a good option here, but you will want a sensor mech for sure.

Tips to Remember:
Upon starting this mission, you will want to take a clockwise path with point 2 being your final “stop” in said trip. Follow the dark scar on the minimap that goes northwest, engage the forces along your way while capturing the plentiful amount of resources along this path. Lots of RP’s will be a big help in this mission.

Capture the Autocannon turret base that is east of point 1 on your map as your bait location, as the turrets here make short work of any and all enemies that you can lead towards it. Combined with the heavy coverage from multiple turrets, it is unlikely any unit can get close enough to the control tower to disable said turrets, or your mech bait for that matter.

The “Boss” of this mission is a Lao Hu piloted by the Bandit leader. This guy is insane and is essentially capable of near constant flight, with jumps covering massive portions of the map, far beyond what any of your mechs can do. Beyond this, using its jump jets, it can move faster than any of your mechs at full stride. IF you can manage to bait him to the Autocannon Turrets, they will provide some help, but unfortunately he can fly through the air outside of their range to hit the control tower. Expect to lose some mechs in this fight due to this mind bending lunacy. If you can’t tell, this fight is prone to piss you off. Saving your RPs however will allow you to resalvage your downed mechs after the fight.

This is entirely optional, but useful if your forces, like mine, were obliterated from the Boss fight. After finishing off the Bandit HQ, you can drop two airstrikes on the fuel tanks at point 2 on your map, thus forgoing the need to ever approach that area or it’s defenders. A cheaper option would be to send a suicidal pair of scout helicopters to trigger the gas tanks, but this can be prone to failure if you don’t sneak them in right.