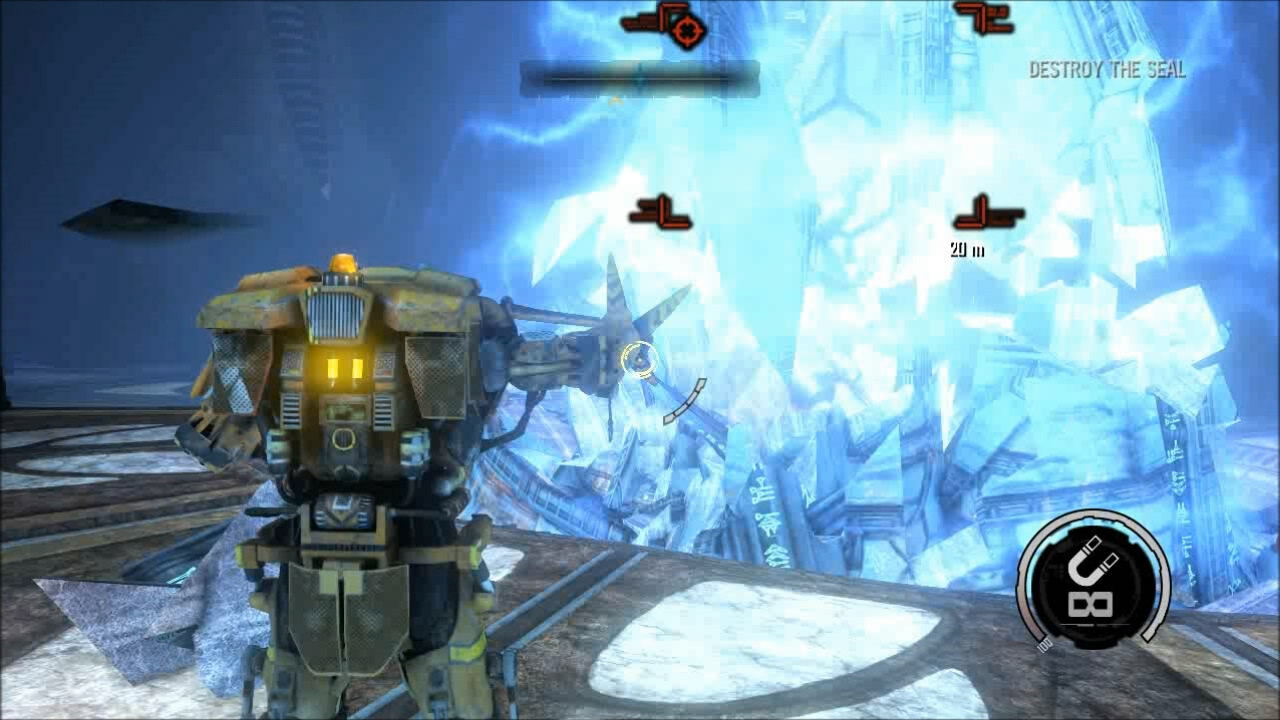 This relatively short mission brings us back to the present day, having set up the events that put the current story in motion. Mason is hired to unearth some hidden artifacts buried under the Martian desert, operating an Exo suit while introducing the player to the Magnet Gun.

Objective: Explore the Tomb
This level is pretty short and simple while devoid of enemy contact. Just make your way down the hallways collecting salvage containers (see video) until you approach a giant door you must smash open with the Magnet Gun and a giant ball.

Objectives: Investigate the Chamber and Destroy the Seal
Once you get into the main chamber you will see a large glowing, alien-like structure that serves as a sort of cap or seal on a deeper area. Probably the fastest way to break this open is by taking the giant ball off the ceiling above and sending it crashing down on the seal. Once it’s broken open the mission is over, trophy or achievement awarded and more video to watch.