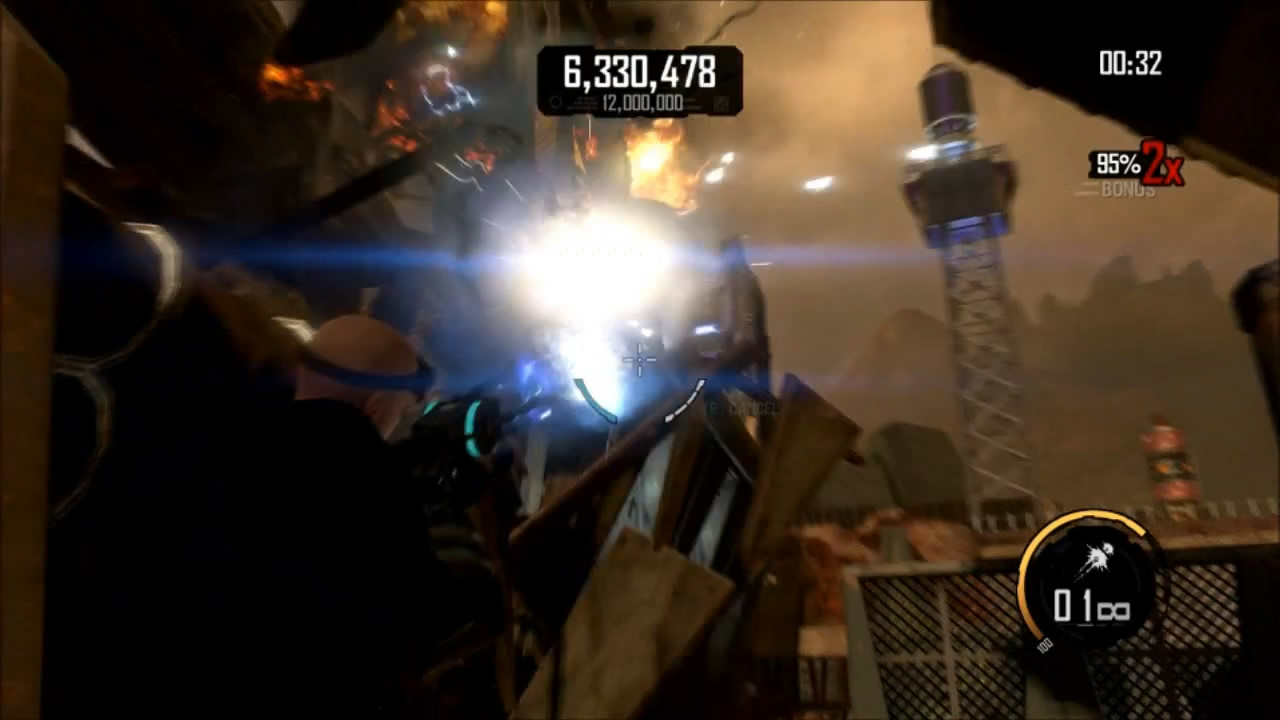 Back to the surface again for the map Abandoned, we go back to the technological Red Faction district area, similar in type of structures to the first Ruin Mode map, Junction.

More Solar Towers to fatten your score and raise your multiplier quickly dot the horizon. There are fewer of these than in the previous missions, however, they can be made to tople into other structures. Remember to aim for the support and line up another structure that’s closer to you for the plasma charge to pass through.

There is an explosive barrel to your left after starting the challenge that can take a chunk out of the adjacent large structure. Make sure to take this out before moving onwards. Pass another charge into the building if there’s a significant chunk left.

This level has the overpasses again, serving as giant bridges that can be collapsed with taking out their support beams that rise from the ground. Remember to shoot these before targeting structures below them. A lot of these are high up and can be overlooked if not looking up. There is one that is particular valuable and visible with a large pipe that runs underneath it.

Make sure you are moving through the mission as there is a lot of ground to cover. Traveling forward from your starting position and turning left (the map is shaped as an upside down, reversed L) you will see some structures built into the cliff. Line up a shot to take out the majority of the building, aiming for the lower portion which will make the upper portion collapse.