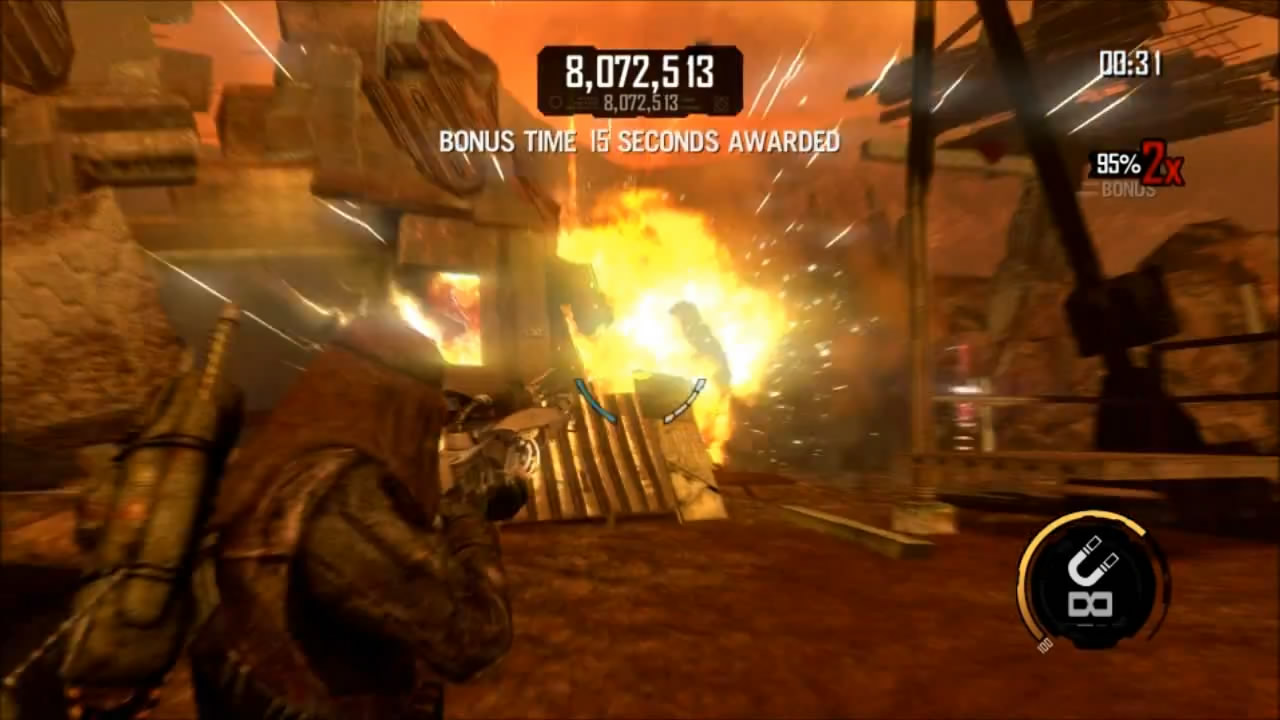 The final Ruin Mode part of the original release of the game is Frontier, taking the destruction to a Marauder camp on the Martian exterior. This is the one map that has a significant benefit to using a weapon other than the Plasma Cannon. The Magnet Gun will have some amazing uses discussed below.

More importantly than any of the structures themselves, are three massive ball items that are spread out across the map. These balls are indestructible and are distinguishable by their glowing blue sections divided by raised metal. Using these by way of the Magnet Gun as massive projectiles can net you more damage potential than sticking solely to the Plasma Cannon.

Not only will they obliterate anything they collide into with even a small amount of force behind them, but they can be launched through the air, clearing a literal path of destruction, bouncing off walls and wrecking structures nonstop. Keep juggling these through the air as often as possible to achieve great success. Besides, it’s immensely entertaining to do. The only drawback is you have to be somewhat careful with where you fling these wrecking tools, as they can soar out of the map boundaries.

As for actual destructible targets, the overpasses are once again an item of choice, offering a large score, bonus and collateral damage potential. These will probably require aimed shots to the support beam with the Plasma Cannon as opposed to trying to hurtle the balls into these structures since that increases the risk of losing one.

Lastly you will find more of the cylindrical silo structures in this map, although like the bridges, should be mostly taken out with the Plasma Cannon. This is because most of them line the edges of the map, causing balls to again have a high chance of being lost. As for the majority of structures on this map, which otherwise consist of a number of small structures with the exception of a few larger buildings all low to the ground, wrecking balls all the way.