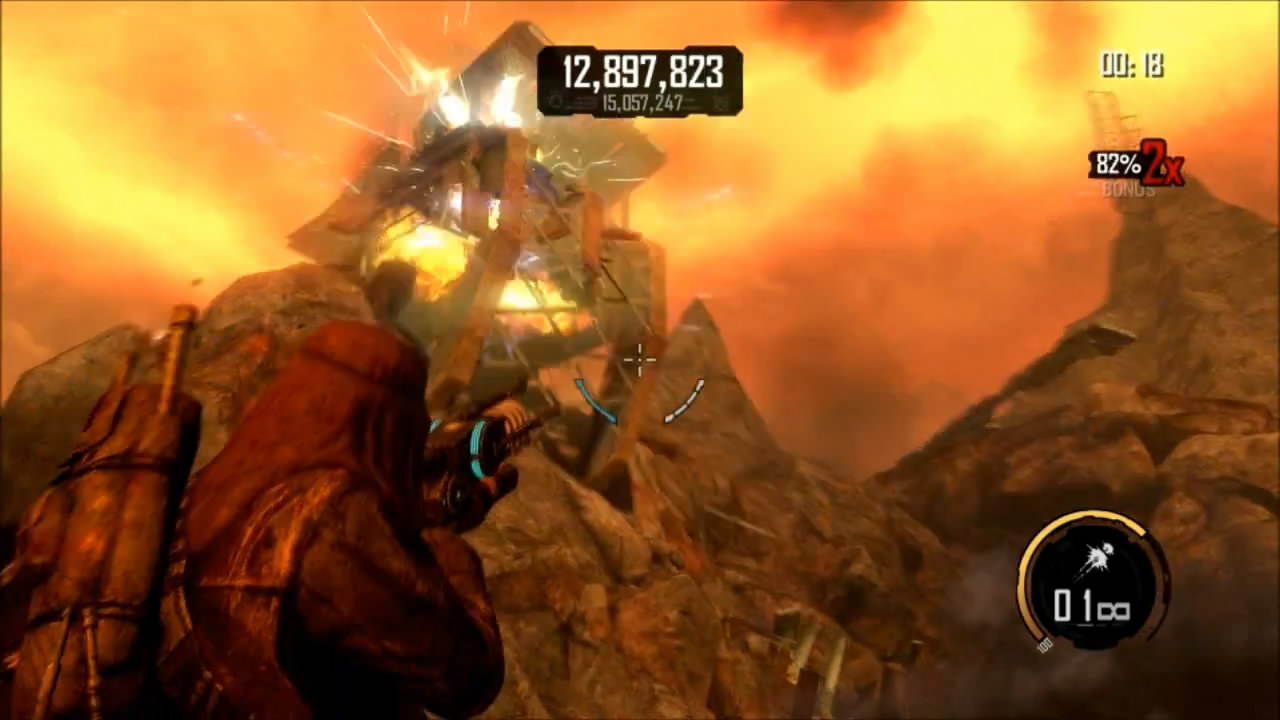 The second Ruin Mode map continues the destruction on the Martian Surface, this time taking the chaos to an industrial district.

The Silos or cylindrical towers are a particularly expensive structure worth taking out and there’s a few pairs which can be taken out with one shot.

More overpasses exist in this area, a lot more. Aim for their supports to make gravity pull the rest down instantly. Make sure to take these out before shooting at the buildings below them, as their falling can do some serious damage to anything below.

Solar Towers are back but in reduced numbers, asking for some plasma to make them tumble down. This map has you looking to the sky for the first half or so at least, picking off all these tall targets.

Once you’ve cleared up the above structures, giving you a niece view of the Martian atmosphere, start working on the large structures near you, including one built into the rock a fair bit above the ground until the timer runs out.