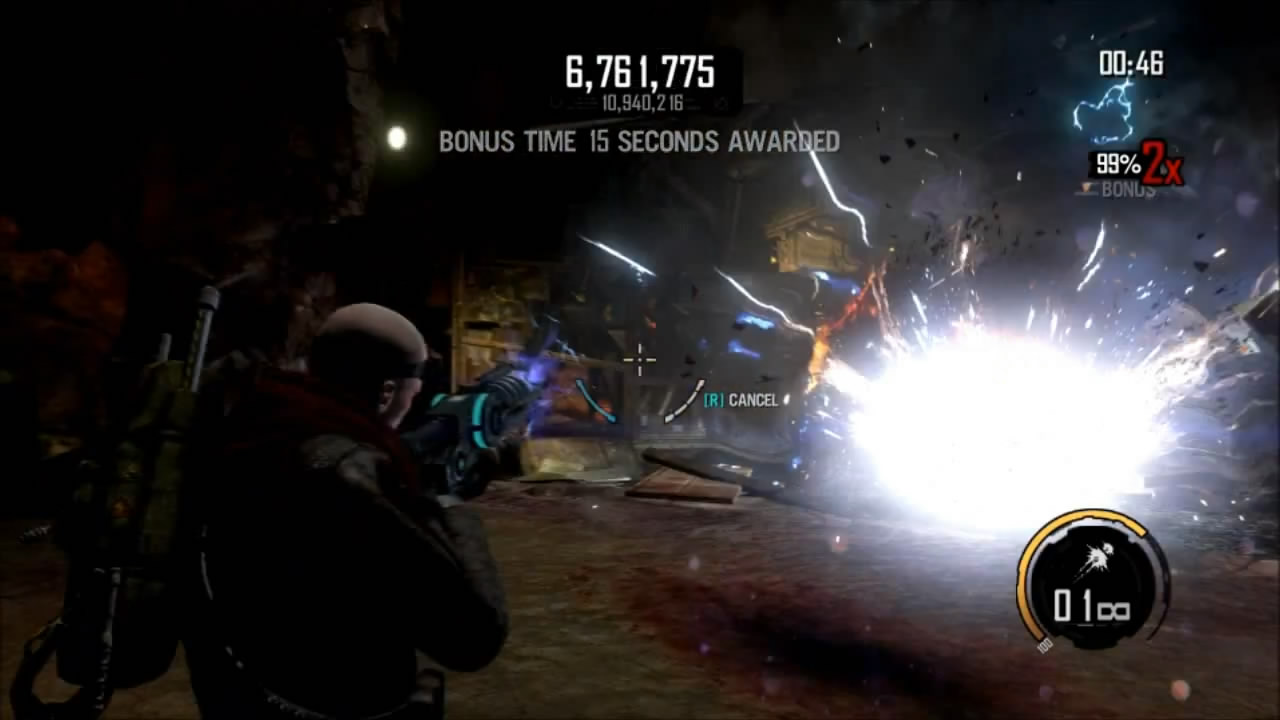 Eviction takes you underground, tasked with tearing apart the civilians town. This map is split into two main caverns connected by a tunnel. Light in this mission is low, so it can be hard to see some objects.

There aren’t many items that are worth a considerable amount on their own. However, the buildings in this level are rather weak and often filled with lots of explosive barrels. This level is more of a challenge in lining up shots than knocking out specific parts of larger structures to make them collapse. Chain reactions of explosions are all abound here, look for flames coming out of the cracks of buildings to denote something explosive waiting inside.

There are some structures hanging from the ceiling worth shooting that are not necessarily valuable in their own right, but they will explode to keep your multiplier up. Some of them are capable of collapsing into buildings below.

Make sure that once the first room is decently shattered, that you make your way as fast as possible through the nearby tunnel and into the second room with fresh buildings. Don’t bother sticking around the first room to clear any scraps as gravity may eventually do its work and even if not, isn’t worth the trouble.