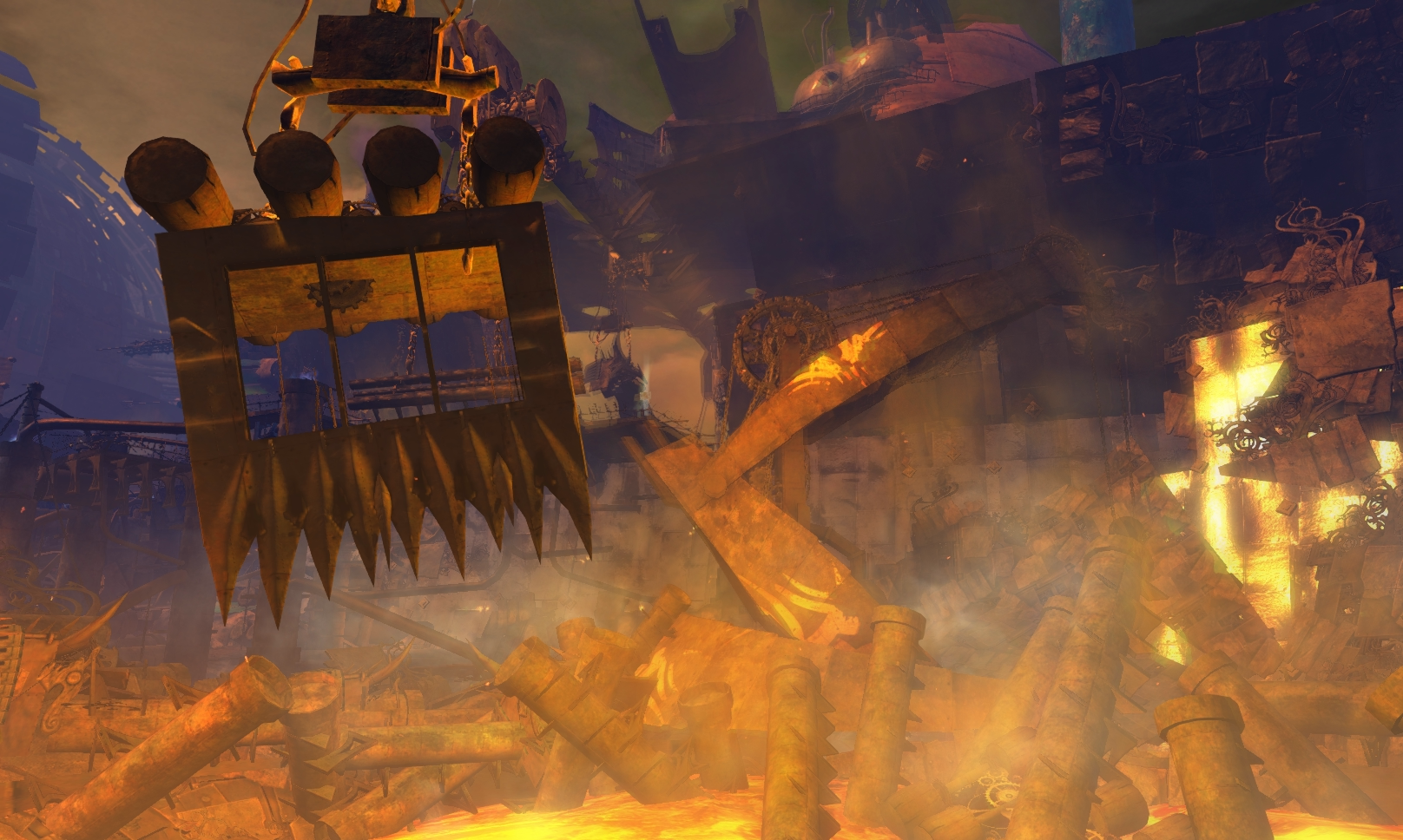 This guide will cover where to find all 5 vista locations in the Black Citadel city of the MMORPG Guild Wars 2. Within you will find a list of each location with pictures and directions on how to reach it, along with a video walkthrough below.

If you have any suggestions or requests for the Guild Wars 2 guides I work on, feel free to leave them in the comments below. Any corrections or contributions that get included will be credited accordingly.

For more vista guides for other cities and areas, you can check this link for a full index with links to more guides: Guild Wars 2: Vista Location Guide Index

This vista might appear harder to reach than it actually is, depending on which direction you first approach it from.

All you need to do is travel to the Memorial waypoint in the Black Citadel, and from there head north until you get to the ledge pictured above. From the ledge, you can leap onto the building where the vista is located.

Once you’re on the building, all you have to do is run north along its roof and drop down a bit to a lower area of the roof on the right to take in the pretty scenery.

This is another relatively easy vista to grab. From the Gladium waypoint, you will want to run west through the doorway. Once you’re on the other side, take a left and stay on the path as it bends around the sides of the area. Once you get to some large keg carts, make a right and you will find the vista tucked away in its little corner.

If you are having trouble finding the Gladium Canton itself, you can check the pictures of the map above and look for the elevators that connect it to the Junker’s Scrapyard, Ruins of Rin, and Perimeter Loop. The elevators are shaped like large spheres with doors you enter to transport to the lower/upper side.

From the Junker’s Waypoint in the Black Citadel, go east a bit and to the right, then through the large doorway that takes you into the Great Imperial Smelter area. You will be running along a large metal catwalk that is suspended over the smelter itself, which is pretty large.

Look for the fork in the catwalk up ahead and take a left. From there, continue along the only way you can go at this point, eventually going up a ramp and onto a wide platform with some Char and a pile of scrap metal. At the south end of this platform will be the vista.

With the last two vistas on this list, things get a little more challenging—well, they get challenging for the first time, really, considering the first three are cakewalks. Either way, first you are going to need to travel to the Ruins of Rin waypoint, but before making your way to the vista, you should grab a speed boost from the nearby Charr NPC.

Once you’ve got the speed buff, head west for a while, towards the edge of the map, and follow the dirt road as it eventually leads north towards the hill where the vista is located. You will need to circle the hill clockwise, running to its north side before making your way around to its east-facing side. There will be a rock ledge on the north face, which is a bit precarious but not too hard to run across.

Once you’re on the east-facing side, look for more rocks that form an outcropping leading up the hill; you can use these as platforms to jump up the side of the hill. Once you’re at the top, just look to your right for the point and a pretty great view.

This is definitely the hardest vista to reach in the Black Citadel, but also the only one that is significantly challenging. It’s potentially pretty deadly as well if you fall from it’s upper areas. You will want to start from the Ruins of Rin waypoint like the last vista.

Grabbing the speed boost from the NPC might be helpful, but can also make it harder to get you jumps right, so use with caution.

Look for the stairs to the south of the WP, right of the speed boost NPC and head up them before turning right and running further up the stone paved ground towards the broken building which makes up the base of this vista. You’ll see some broken wall that forms the first bit you need to jump up, seen in the pictures to the right. Eventually the broken walls will turn into broken platforms to jump across, then small iron beams you will need to carefully walk across, being careful not to double tap your movement keys and roll off the building.

One of the beams will take you to an upper area where you can enter a small portion of what’s left of the building, walking through the arched ceiling bit of hallway, before finding a couple more beams that will lead you to the final platform that holds the vista. Remember to just waypoint off the building as opposed to trying to run back down, as it is far less likely to get you killed, and not worth doing.