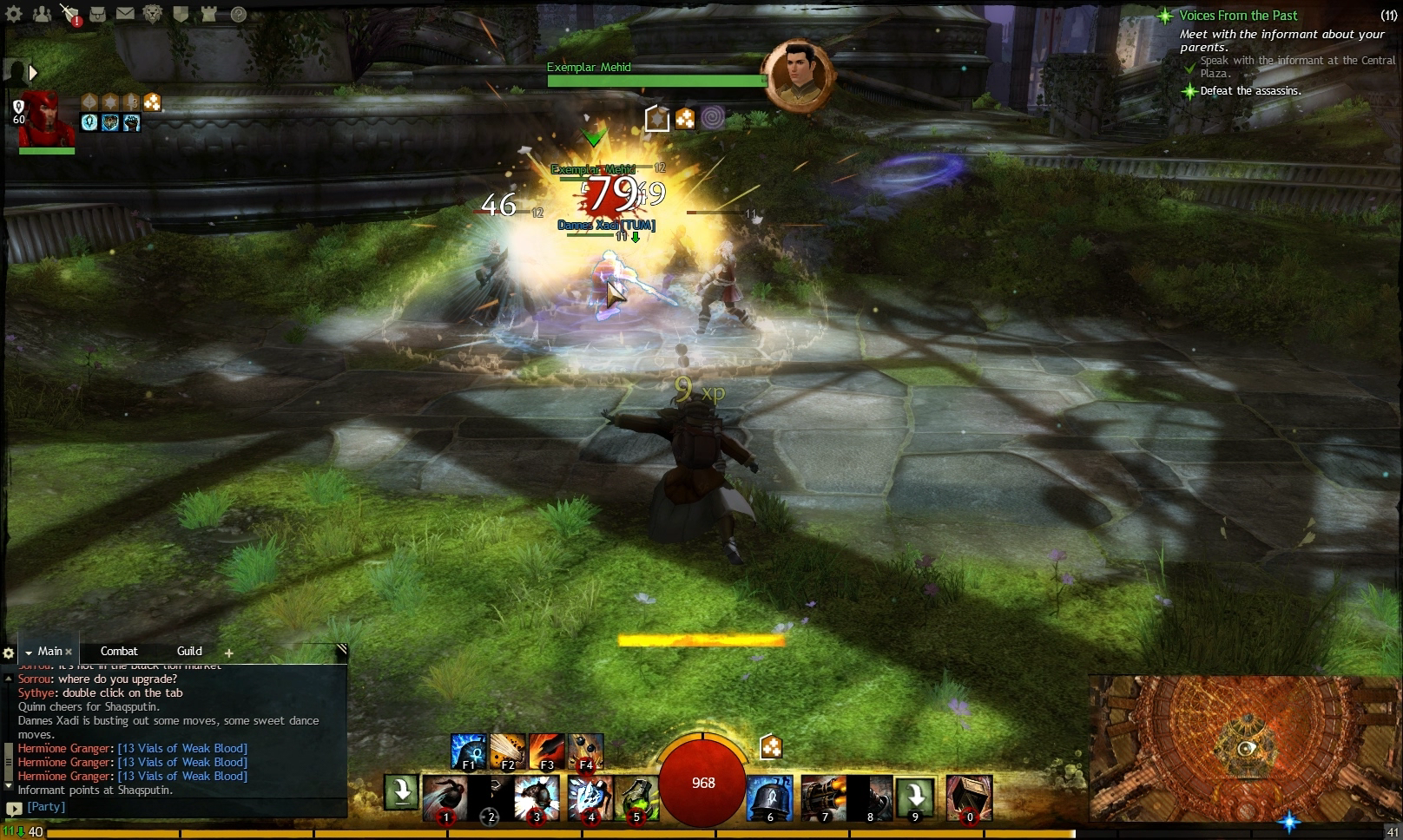 Voices From the Past

Guild Wars 2 Quest Guide
Voices From the Past

This walkthrough guide covers the Human storyline quest, Voices From the Past, in the mmorpg Guild Wars 2. This quest is in part 2 of the Human storyline, Family Reunion and is available only to those with the Unknown Parents character background.

Voices From the Past is the first quest in this section of the Human’s personal storyline which starts after completing the Crime and Punishment chain, which follows one of three paths depending on your background. This particular chain involves those characters who chose the Unknown Parents background and starts with a friendly stranger promising to give you some information as to their whereabouts and what happened to them.

Check your mail.
1. Read the mysterious message.
Your first quest objective is a pretty simple one. As soon as the quest begins with the completion of the last one, Breaking the Blade, a letter will arrive in your mailbox, sent from an unknown character wishing to provide you with information about your parents. Once you’ve opened the letter, the objective clears.

Meet with the informant about your parents.
2. Speak with the informant at the Central Plaza.
Take the Palace waypoint in Divinity’s Reach and head towards the marker on your map, which will take you to an instanced version of the plaza where you will be meeting the informant. Once the instance has loaded, you will find the informant standing just ahead of you and to the left.

Start up a conversation with him, which cuts into a cinematic convo. The informant will mention he wishes to reunite you with your parents, before springing a trap on you by calling out for previously unknown assailants to attack you.

3. Defeat the Assassins
Once the convo ends, the informant has one final threat to send you way before vanishing, as a trio of Undercover Assassins, two melee and one with a pistol, spawn and jump you from the side. Try to focus on one at a time if you are alone on this mission, that way you have a better chance of reviving yourself with a kill if they manage to deplete your health. There is some decent terrain around the edge of the plaza that you can use to kite the enemies and obstruct their view of you.

The second wave that arrives after you defeat the first, will have 4 assassins coming at you, however at this point you will be joined by a pair of friendly veteran quality npcs, Exemplar Mehid and Exemplar Salia, who join in on your side of the fight. These two are enough to help shift the odds with your support and can be used to distract the enemy temporarily, but will get taken out on their own. A third wave follows with another 4 attackers, then a fourth with 6 assassins attacking at once, finally a fifth with another 5 or so.

After you have defeated the fairly numerous groups of regular undercover assassins, a trio of Elite Assassins will attack as the final wave. While these enemies are labeled as Elite variants in their name, they are actually of Veteran quality as denoted by the bronze circle around their portrait, with high amounts of HP and slightly stronger attacks. Try to focus on whichever enemy the Exemplars are attacking if you can, to help drop them individually as quick as possible.

4. Talk to Exemplars Salia and Mehid.
After you have defeated the last of the attacking Assassins, the pair of Exemplars will run back to the center of the area and request that you speak with them. Doing so will start up a cinematic conversation where they reveal themselves to be from the Shining Blade and your attackers to be from the White Mantel, an ancient enemy of Kryta that is known for targeting defenders of the kingdom and Queen. They will also mention that the symbol of the amulet you have from your parents, signifies they were very loyal to the kingdom in their time. Finally, they offer to take you along on their next attack of a White Mantle hideout, which would be likely to provide you with more answers about your parents.

After the cinematic conversation, the quest is completed, however you can continue to talk to Salia and Mehid for some additional information as to the purpose behind the attack and your apparent “high value target” status.

—> Next Quest: Rending the Mantle