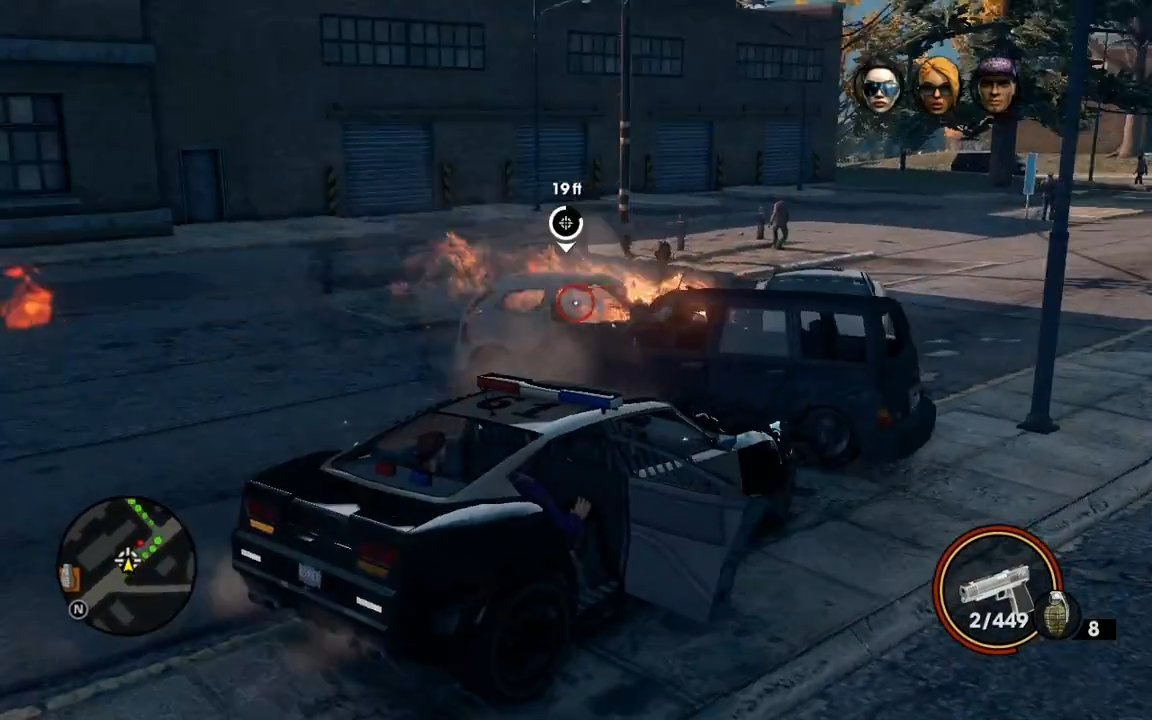 This page serves as an index for the Saints Row: The Third assassination activities that can be accessed through your phone book in the game. Below you will find a list of all the assassin targets listed by contact and then name, with links to full guides on each along with walkthrough videos showing the targets being taken out step by step.

In the previous two games, the assassin activity was known as Hitman and retains a similar concept, however instead of using a specific weapon and having to wander about for significant periods of time to find your target like in the first game especially, the idea here is to perform special tasks to bring your target out. Once your assassin target shows up, you can generally take them out with whatever weapon you prefer and is at your disposal.

Everything is Permitted – (10 points, Bronze Trophy): Complete all of the hitman Assassination targets.

Your targets are sent to you via the Saintsbook app in your in-game smartphone from the contacts listed above the assassination targets, with consecutive ones unlocked in order. You can have as many as four targets active at any time, allowing you to search for multiple people at once.

When in the target’s area, Rival hitmen may show up who are also trying to kill the same target as you. You will have to compete with them on occasion to kill the target before they do.

You may also encounter Decoys that look almost exactly like the target but behave in more noticeably different ways. Namely, decoys tend to perform more generic animations and actions that blend in more with the crowds around them, while your target in question tends to have unique movements and animations that make them stick out from surrounding characters if you are paying close enough attention.